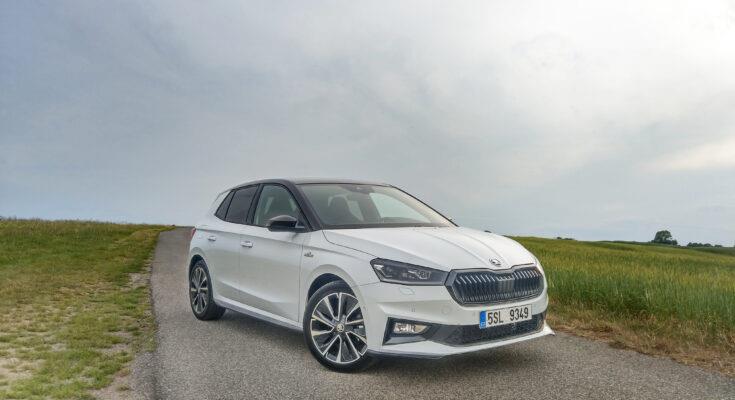 With the introduction of the new Skoda Fabia, we have noticed a significant intergenerational shift, not only in terms of exterior design or driving performance. Clearly visible changes have also occurred in the interior, which has also grown pleasantly in all its directions.

After the automaker finished with the Fabia RS, the traditional highlight of the range is the Monte Carlo version, which proudly refers to the brand's sporting achievements. The Fabia Monte Carlo is therefore a car with a sporty cut coat, but it draws from the classic range of engines. We have currently tested a top specification car, i.e. the MC in an elegant black and white combination with a 1.5 TSI four-cylinder engine and a seven-speed DSG automatic.

The fourth generation brought Fabia not only an overall increase in all directions, but also a very pleasing current signature of the automaker, which is sufficiently dynamic and proportionally very balanced. The tested version of Monte Carlo then announced dynamic shaping even more spice.

The automaker traditionally uses black accessories for a more distinctive style. The dynamically shaped front bumper is underlined by an effective spoiler and prominent fog lamps, which are supplied as standard. In the front part, the black lacquered frame around the radiator or the very effective Bi-LED headlights will also attract attention.

The side part is decorated with discreet threshold covers and black rear-view mirror covers. Of course, there is also a distinctive "Monte Carlo" plaque on the front fenders.

You can safely recognize the Fabia Monte Carlo thanks to the black lettering on the fifth door. The rear bumper will offer dynamic shaping and a hint of a diffuser in its lower part.

The roof, including the "A" and "B" pillars, also received black painting. In our case, the car had a panoramic roof, which pleasantly ventilated the entire interior.

The Skoda Fabia Monte Carlo is based on 16" Proxima wheels, 17" Procyon alloy wheels are available as extras, and the very top can be decent 18" Libra wheels.

The Skoda Fabia of the fourth generation is definitely a great car in terms of exterior design, which offers a contemporary and easily legible signature of the automaker. The tested "sporty" version of the Monte Carlo adequately and sensitively complements the overall pleasant impression of this car.

The dashboard has a traditional layout, the circular air conditioning vents or a colored continuous strip running across its entire width are pleasant additions. The color design of this strip is then identical to the element on the central tunnel or to the originally shaped door handle, in the case of the Monte Carlo version, everything is tuned to red.

Distinctive elements of the interior also include a sporty three-spoke multifunction steering wheel with an adequate plaque, distinctive sports seats with an integrated headrest and lateral guidance, stainless steel pedal covers and the presence of carbon decor within the dashboard.

In the case of the tested car, the traditional instrument panel in front of the driver offered a fully digital display with a 10.25" diagonal (the so-called VIRTUAL COCKPIT), which is equipped with several display styles. The central part of the dashboard was decorated with the Amundsen on-board infotainment display with a diagonal of 9.2".

The interior of the fourth generation Fabia is also equipped with imaginative elements that significantly facilitate everyday life with this car. These elements include, for example, the forward-folding backrest of the passenger seat, double pockets on the backs of the front seats, USB-C ports not only within the dashboard, but also in the interior rear-view mirror or a box with an umbrella located in the driver's door.

The intergenerational increase was very positively reflected in the interior of the car itself. The rear positions will offer enough space, even in the space above the head, with possible restrictions only in places for the knees. Thanks to the sporty front seats with integrated headrests, you can even feel a little cramped in the back seats. The advertised sports seats offer quite adequate lateral guidance, but they may not be completely suitable for larger figures. The luggage compartment, which is now 50 liters larger and offers a respectable 380 liters of basic volume, also recorded centimetres.

The Fabia Monte Carlo we tested was equipped with a top-of-the-line engine, so for the first time we are testing a four-cylinder under the hood of the fourth generation. The 1.5 TSI engine is already a well-known drive unit within the concern, which, thanks to its 110 kW (150 hp) power and 250 Nm of torque, also lends the Fabia sufficiently dynamic driving characteristics. In addition, these are accompanied by a pleasantly quiet and, of course, smoother operation compared to a three-cylinder. The system of disconnecting the two cylinders also brings the Fabia quite decent consumption values, we were around 6.0 l / 100 km during the weekly test.

The cooperation between the engine and the seven-speed DSG automatic is traditionally at a very good level. The automatic transmission on board the Fabia brings very decent driving comfort, and it does not lose plus points even in the case of sports mode. A certain ailment that you need to get used to is the slightly delayed reaction of the car to the gas pedal. It most often occurs during take-offs, when the car's reaction to the gas pedal is either longer or significantly more aggressive. After a greater amount of kilometers driven, you play with the gas pedal more and you can eliminate this "discomfort" to a large extent.

The mature driving behavior of the Fabia also comes from well-adjusted steering and chassis. The effectiveness of the power steering depends on the selected driving mode (Eco, Normal, Sport and Individual), otherwise the steering is rather "sharper" with a good response from the wheels.

The chassis of the car is set up sensitively and works very well in the Fabia, the car is excellent to drive, even at a sharper pace, which is certainly no stranger to the four-cylinder Fabia. For a small additional fee, your Fabie can also have a sporty and slightly lowered chassis.

The last advantage supporting a comfortable driving performance is the very good noise reduction of the car.

The fourth-generation Skoda Fabia saw a really significant shift forward. The more mature and dynamic exterior is successfully complemented by the handsome and well-crafted interior, which has received a few extra centimeters. And the driving behavior of the car is similarly affected, the intergenerational shift is even more intense in the case of the tested four-cylinder, and the driving behavior itself is noticeably more diverse. The four-cylinder under the hood of the Fabia is therefore a very good choice, and the sporty Monte Carlo equipment level definitely suits it. 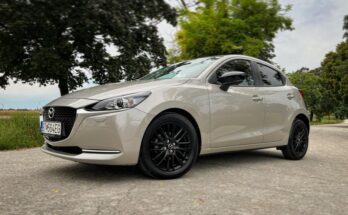 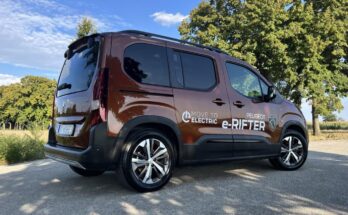 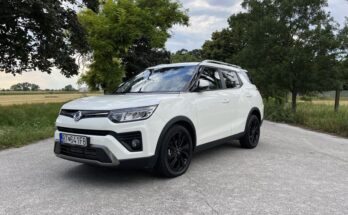