Popular MPV – Opel Zafira, after five years underwent modernization, what is new and ready to face an increasingly popular crossover and SUV?

Compared to the previous model with an extravagant bow, which dominated linked headlights, Zafira got quieter but excellent adaptive LED headlights. Samy switch between seven modes, which are said to be 25% brighter than halogen. In the side or rear of the vehicle to any significant changes occurred. According to my subjective opinion, now the car looks much uhlazenějším impression, which I like more than the previous version. 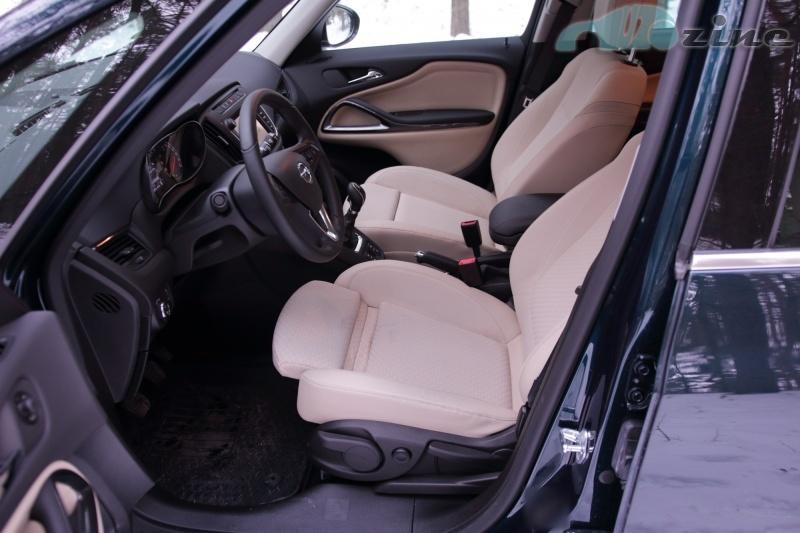 In the first place, I must mention a great ergonomic, semi-leather seats that are adjustable in every way possible, and even after a long time behind the wheel of back pain.
The steering wheel is adjustable over a wide range, position him to find just about anyone. In the winter months come in handy heated steering wheel and seats. The windshield is unusually far dashboard is hooodně long, but thanks to slim A and B pillars outlook is good.
Compared previous earned the new Zafira is much reduced number of buttons on reasonable level at all important keys were left, and the rest can be set using the touch screen.
Infotainment Navi 950 with 7 “touch screen can be operated even by four touch buttons on both sides, and a pair of knobs. The system is localized into Czech, only voice control it is not available. The system is nimble and control logic. An interesting feature is OnStar, which provides not only automatic reporting of accidents, but also two-way communication with the Czech-speaking dispatcher. From a distance, you can send directions to navigation, locate, or, for example, to diagnose the car. the car goes also be controlled through the application for smartphones. There is also Internet connection sharing internet via Wi-Fi. the OnStar is a 12 month trial period, then you can decide whether to extend it for CZK 249.90 per month or CZK 2,499 per year. also in the Wi-Fi hotspot you have time to try either 3 months or 3 GB of data. Supplier connectivity, Vodafone, and after the trial period to 28 days GB3 data will be released at 39 9 CZK 10 GB for CZK 599, or a full year for 100GB of data will pay CZK 3,990. 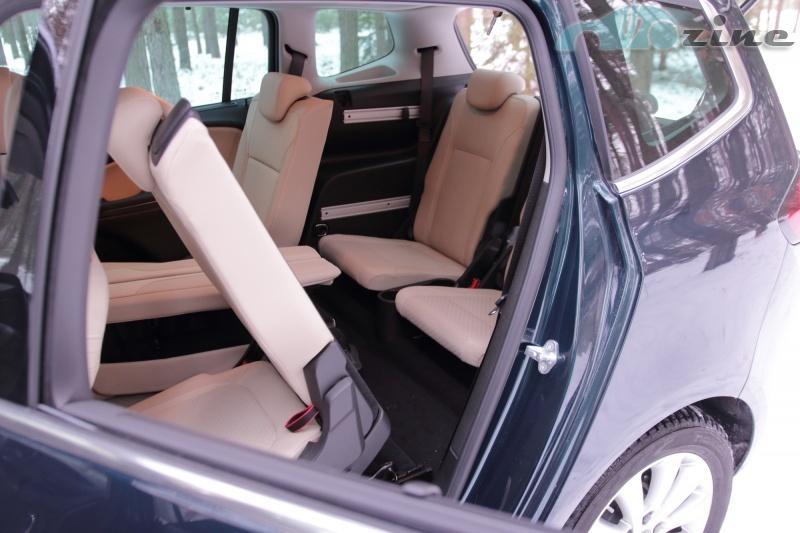 Would not it Zafira, if not offered a great variability in space. The second row seats are divided in the ratio 40:20:40 are independently movable and having an adjustable backrest inclination. Due Lounge is possible to create a large middle seat armrest, a pair of passengers in the second row then has a maximum of comfort, ample space is commonplace and there is a sun visor. The third row is considerably less spacious entry and not very comfortable, it’s average in the MPV category. 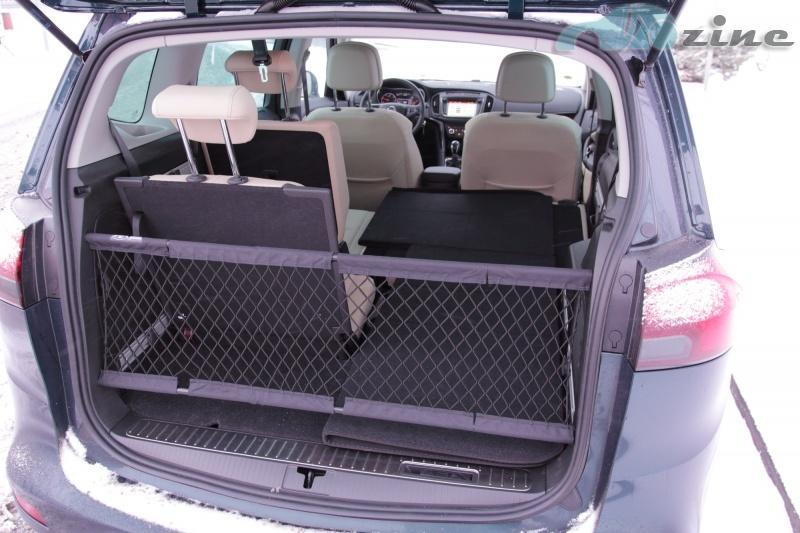 Cargo area is very variable, the volume ranges from 152 l to 1792 l. Length up to 180 cm and a width at the narrowest point between the rear wheels – 105 cm. Blind not leave the house, it can be tucked into a compartment in the third row of seats. Flexibility FlexiOrganizer car show, which is a network program and FlexiCover – folding carpet, usable at any arranged seats. Although this is not to mention the interior and FlexFix – integrated bicycle holder, which took the place of the spare wheel carrier.

Besides conventional gasoline and diesel engines, there are also gas-fired engines, specifically 1.4 to 1.6 LPG and CNG. The test car has a powerful two-liter diesel version with 170 horses. The engine behaves politely, very well soundproofed. The power consumption with the six-speed manual gearbox is 4.2 / 6.1 / 4.9 liters of diesel fuel, but that is true for tires with low rolling resistance. In reality, winter tires and often enabled heated seats and steering wheel with combined fuel consumption averaging 6 liters. Motor for 6th speed at 90 km / h spun 1,600 rpm, at 130 km / h, then 2300 rpm / min. Noise was at the level of 60 db as when driving 50 km / h over cobblestones and on the highway at 130 km / h.
Safety and comfort behind the wheel helps many technologies. Let’s start from the Blind Spot Monitor, the system works exactly as it should and can count on him. System maintenance of the lanes can handle surprisingly well and with less visible stripes. Finally, I would mention the adaptive cruise control, combined with a manual gearbox, of course, we can not offer such functionality as automatic, but during highway driving had to be subordinated only rarely. Pity that because of restrictions on the minimum speed cruise at 50 km / h is its use in a bit limited.

Zafira will be a good choice if you’re looking seven-seater car with a large variability in space. Long trips are not a problem thanks to the great seats and good soundproofing. Higher safety behind the wheel brings a number of assistants and adaptive LED headlights. 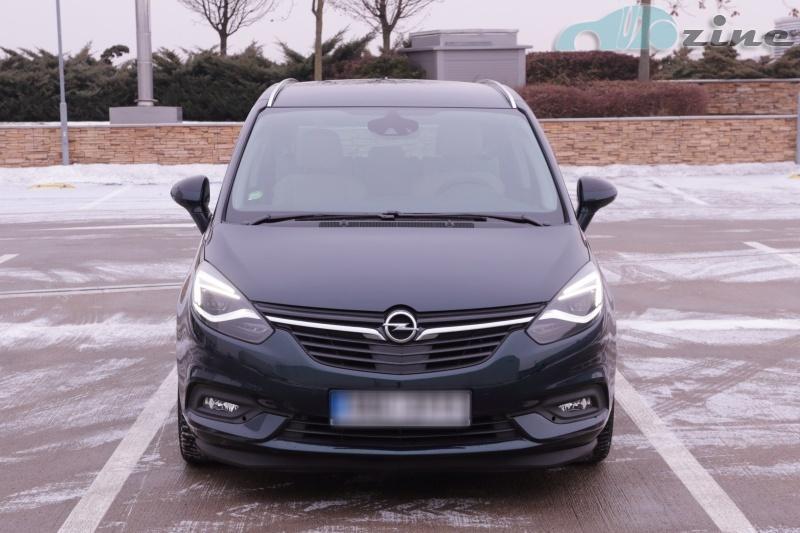 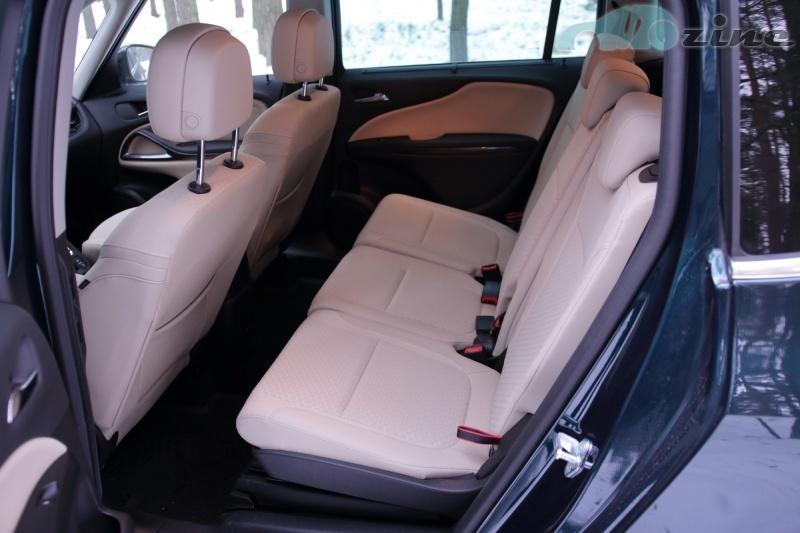 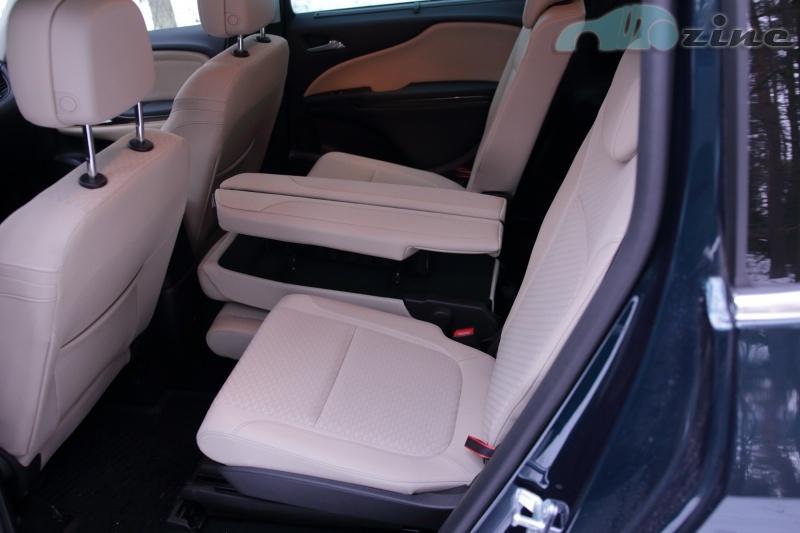 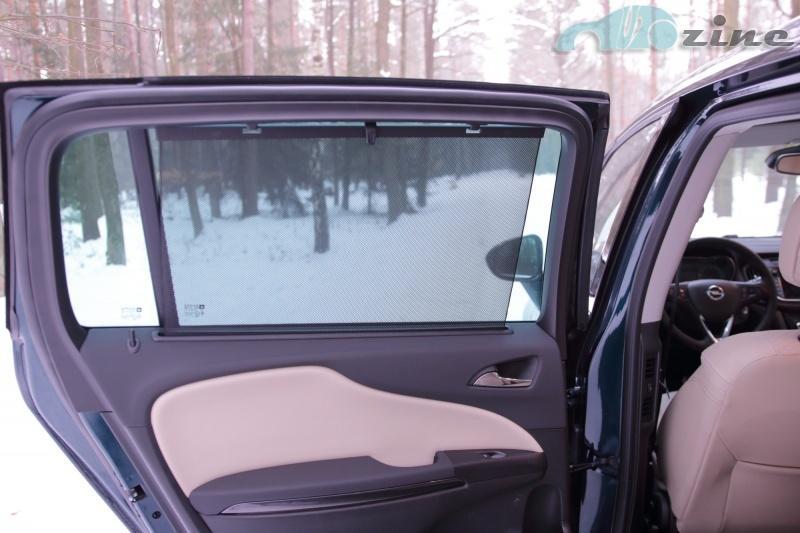 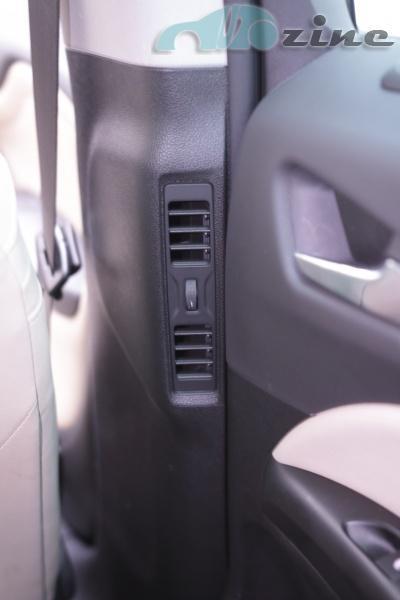 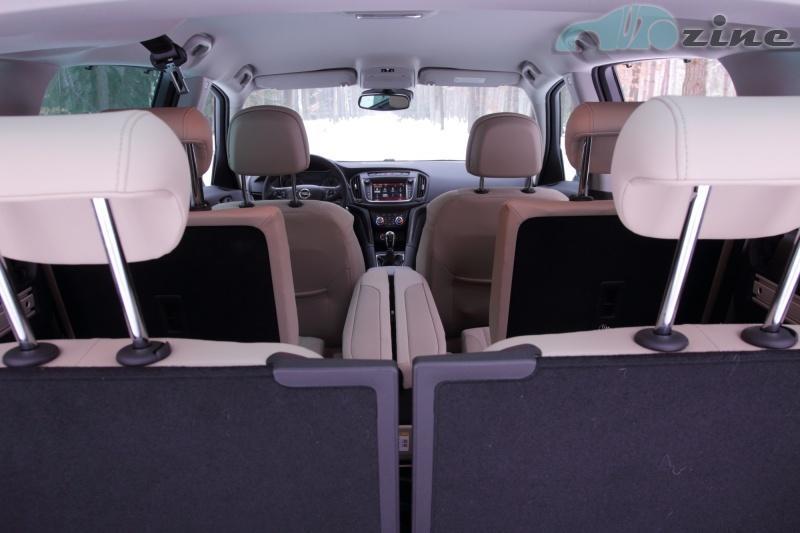 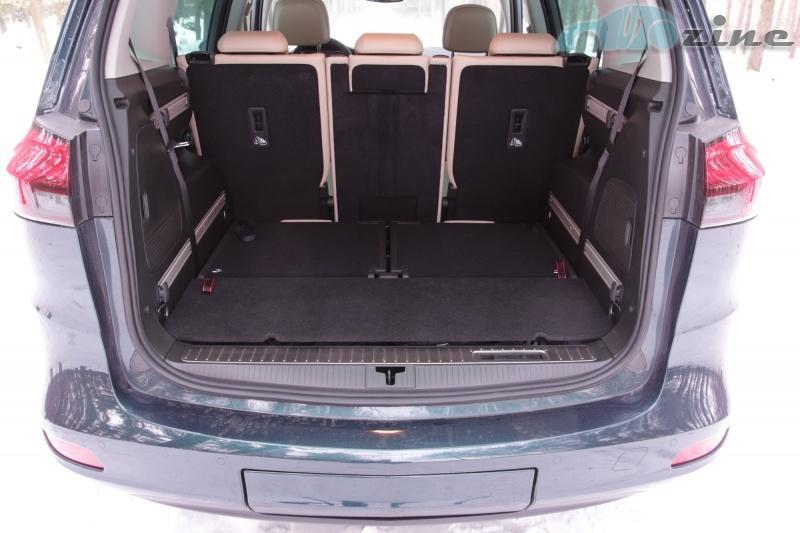 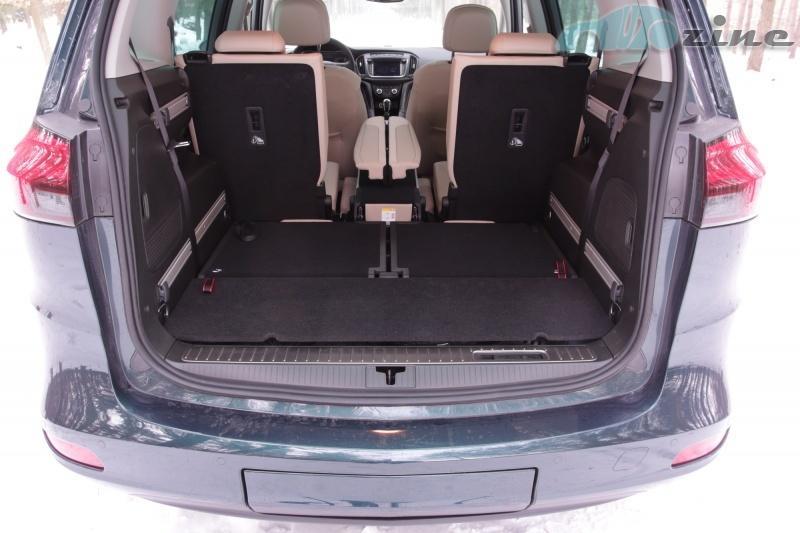 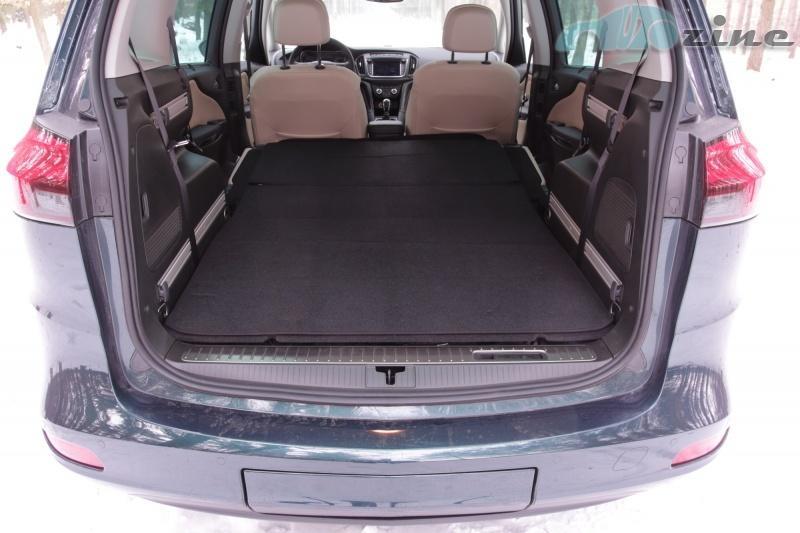 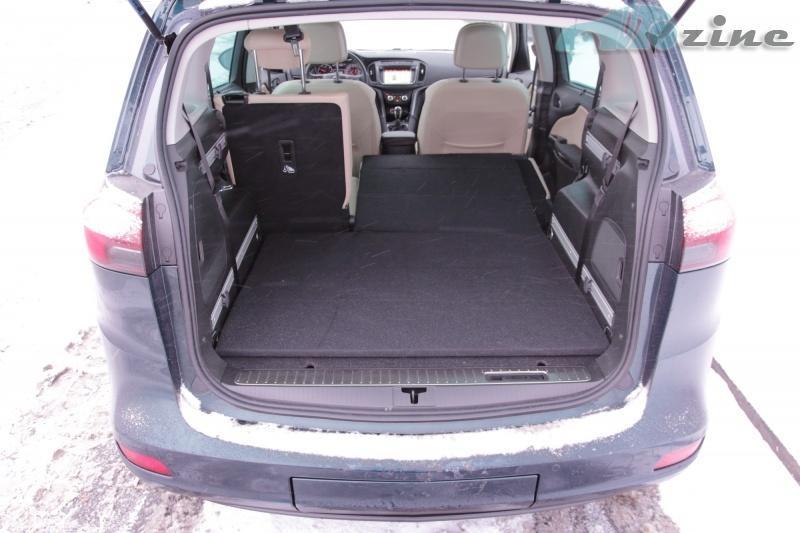 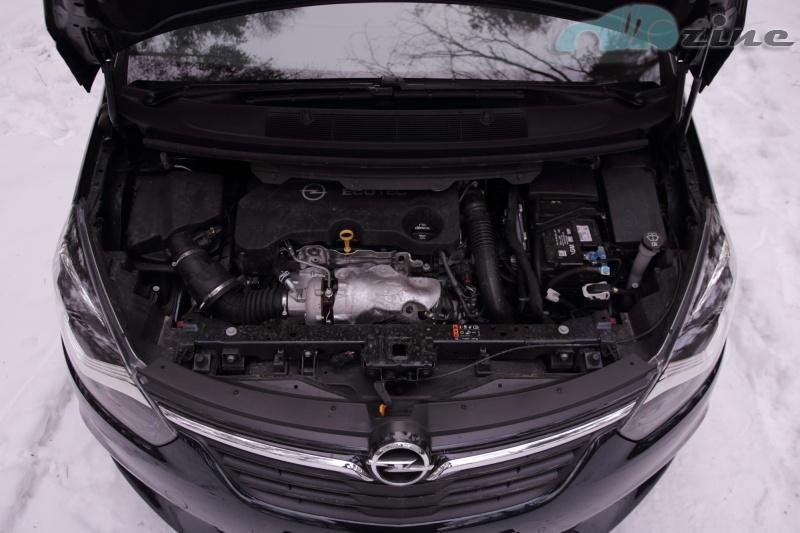 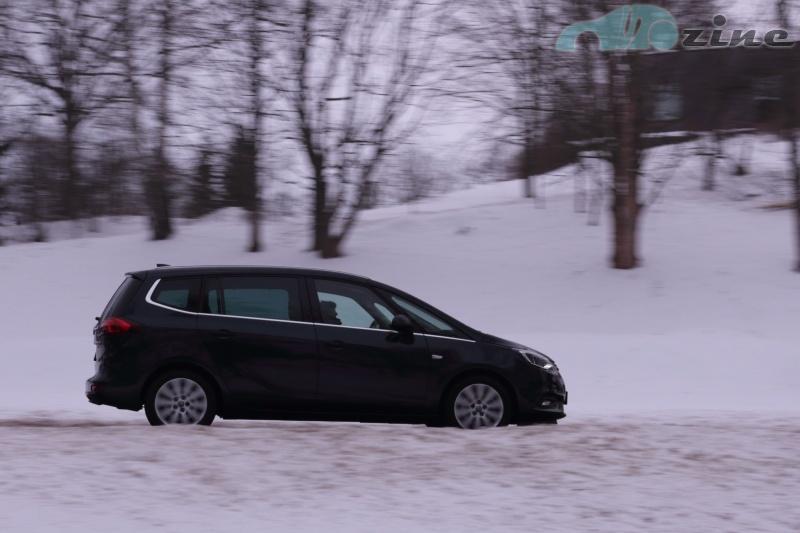 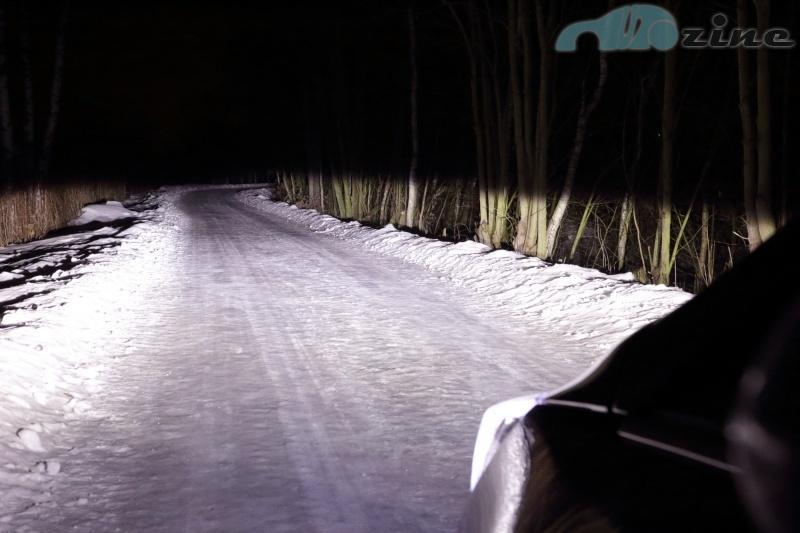 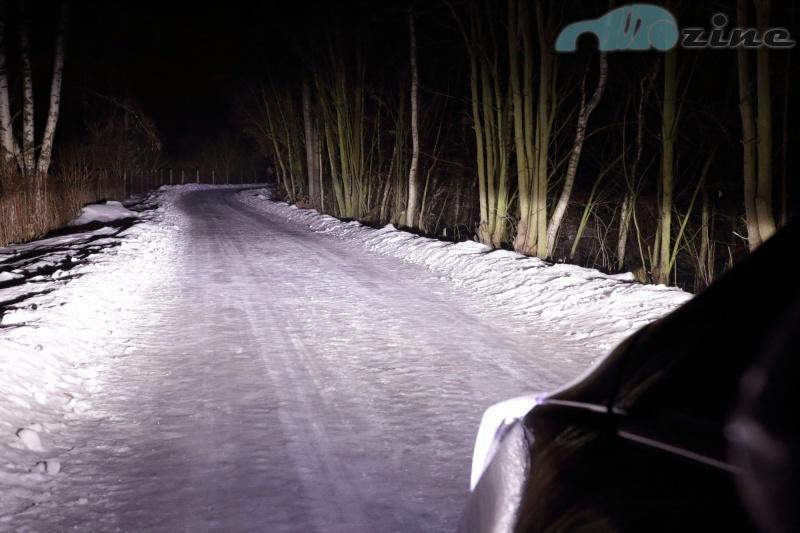 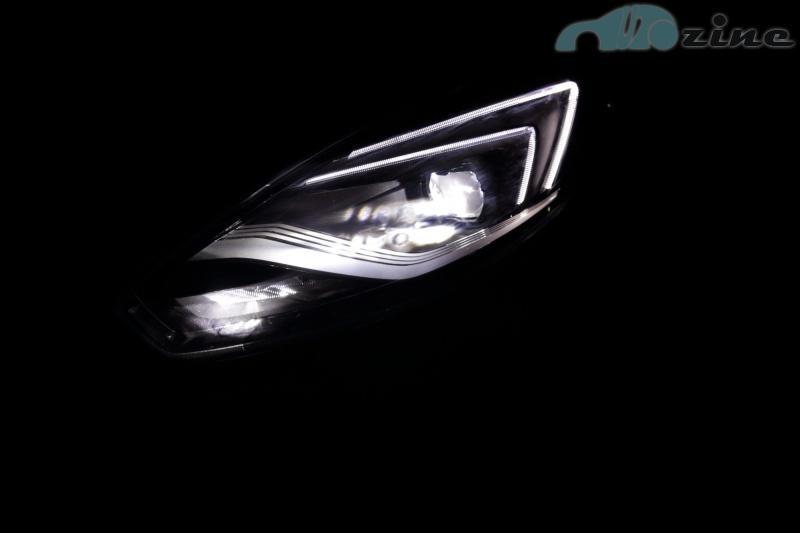 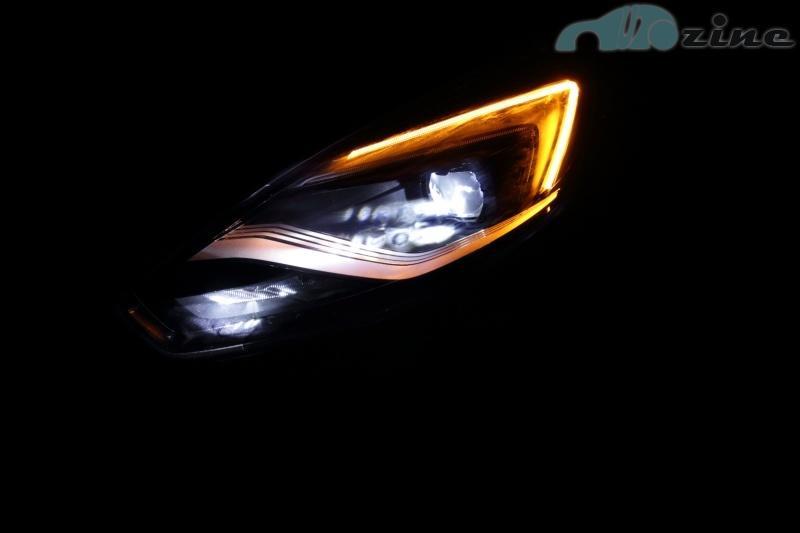 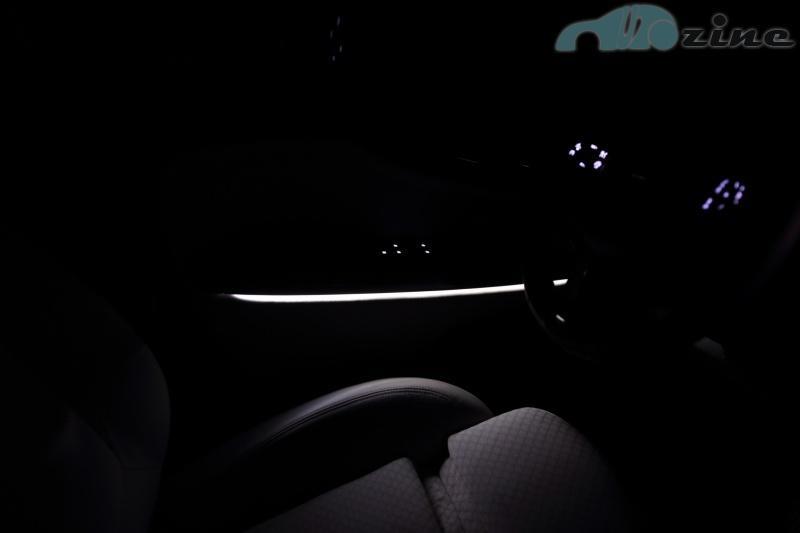 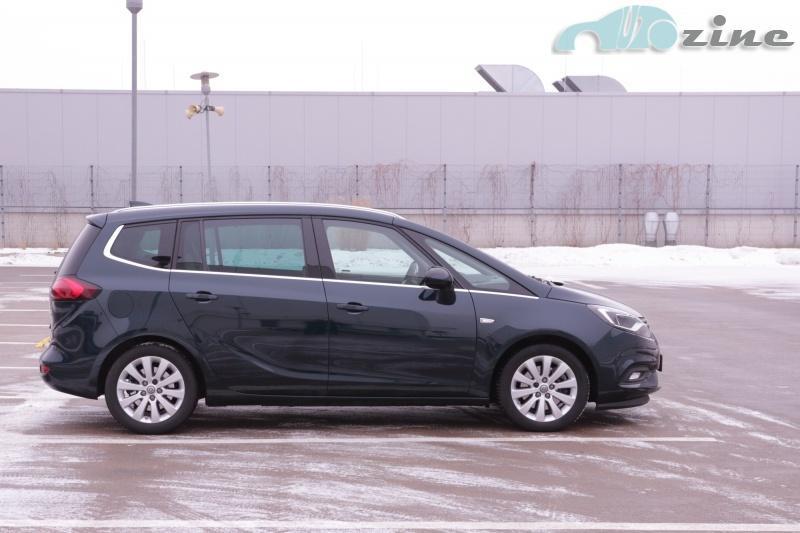 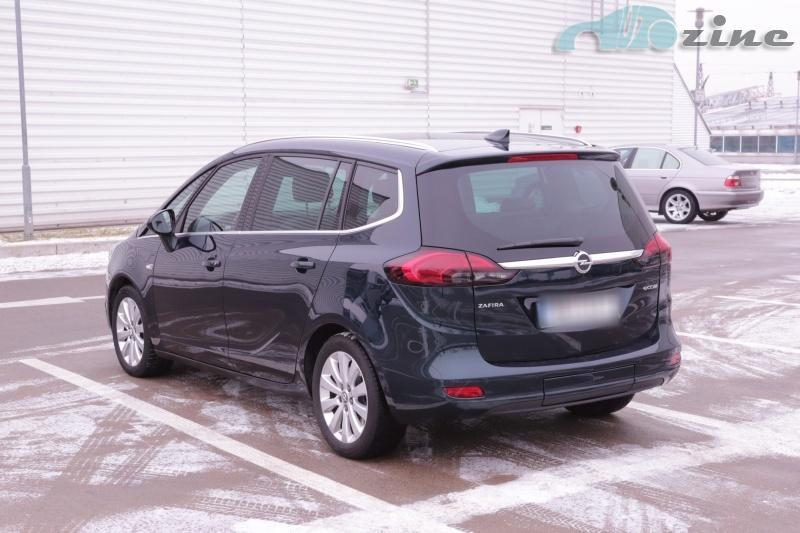 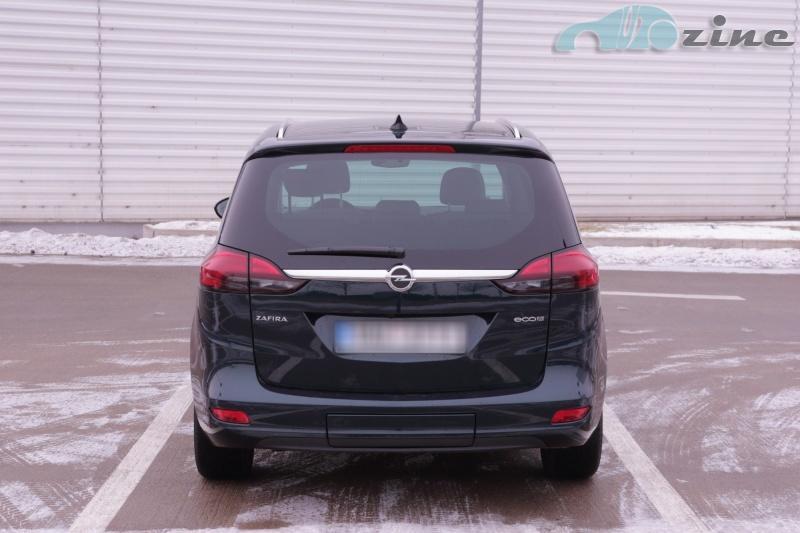 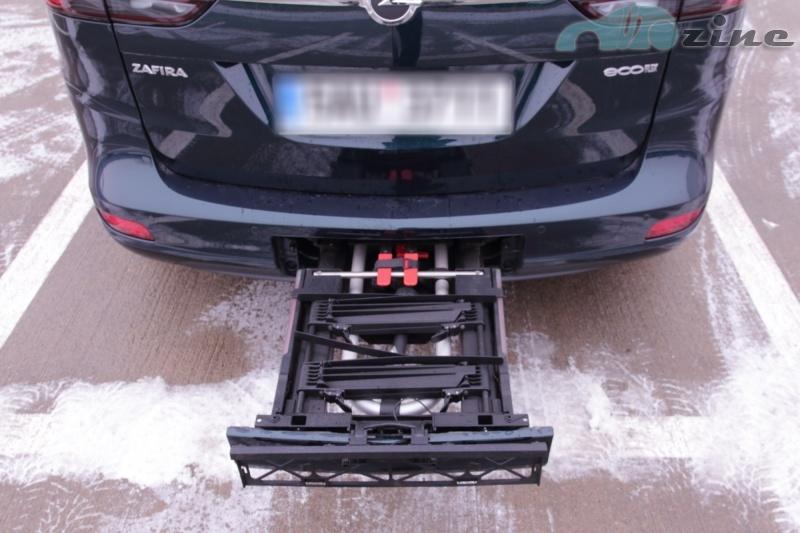 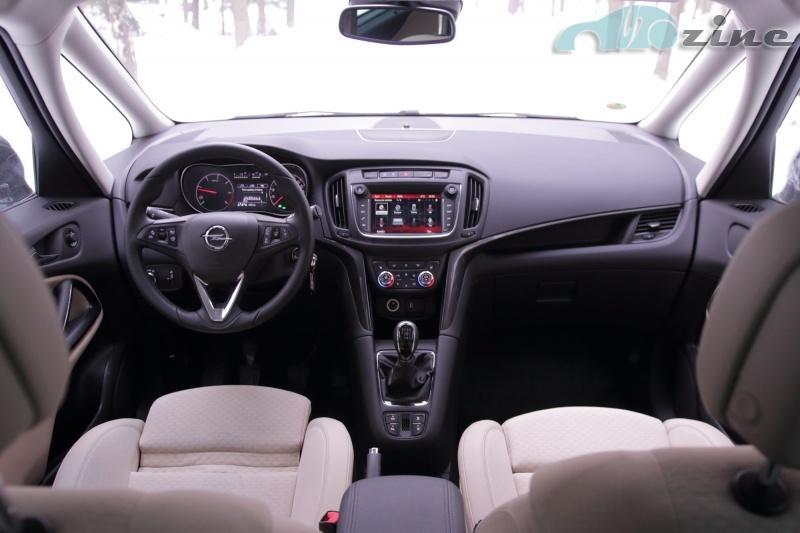 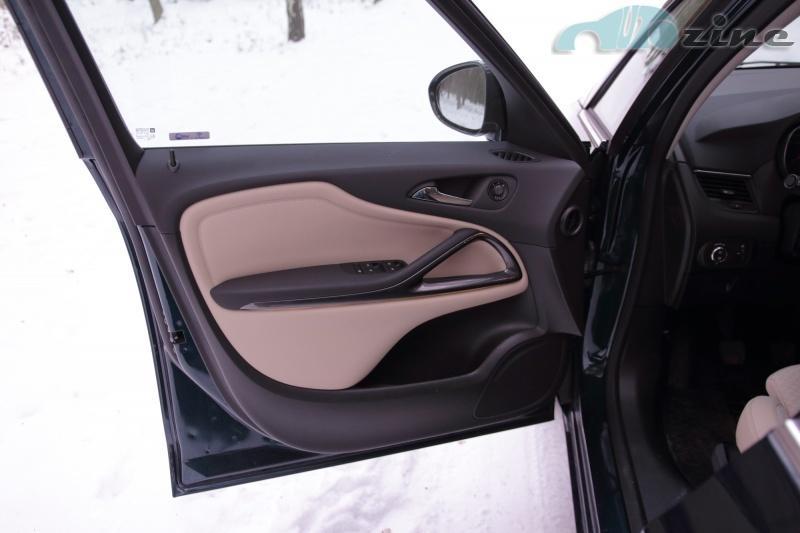 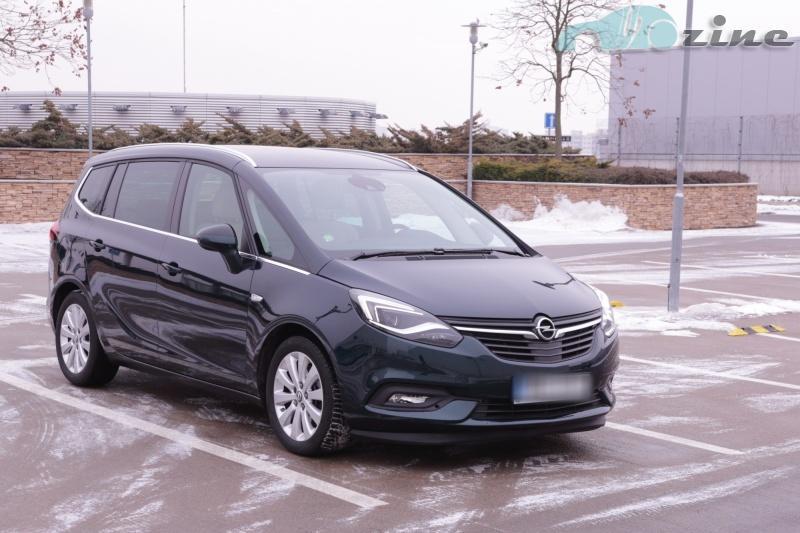