I began testing cars for AutoZine.cz. The first car I got to test the Nissan Leaf. The first electric car that can drive itself. As a passenger, he once, coincidentally, also rode leaf. I know from a friend that the car excited and that he will return within 5 years of the entire amount. Maintenance costs are minimal, so just pay electricity and every time service in about 3000, – CZK. 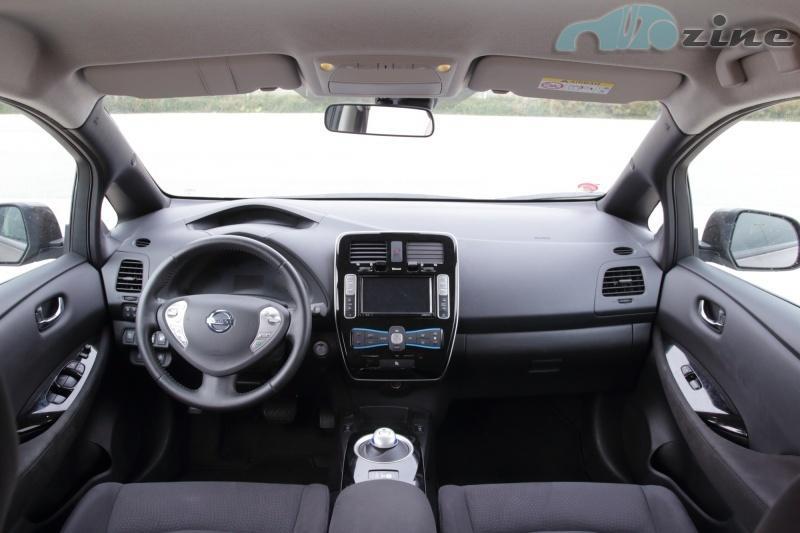 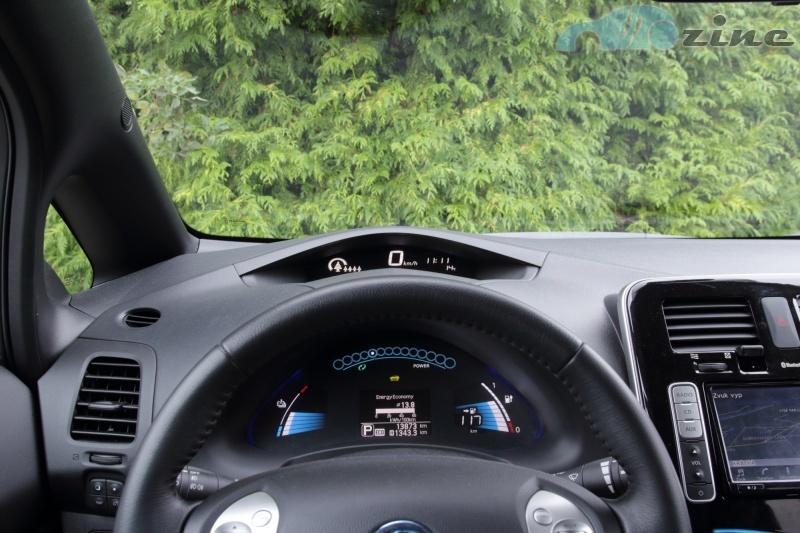 The next day I borrowed a car to a friend Roman, who needed to go to the center and then mow the grass on chalupě.Celkem had traveled 165 km which I found to test the maximum optimum finish. The car was recharged to 199 km. And two hours have passed and I thought that everything is super and so I called him. Nothing super was not. It was at the Old Hut, on the range was 44 kilometers and the car had started to report whether searches for the charging station. Auto allegedly reloaded about 35 minutes. cottage via cable car, but it helped him finish in about 4 km away. Every moment of his range upočítával 1km, which is significantly faster than would fit on the actual mileage. Indeed calculation is done automatically taking into account all circumstances. So he slid off the highway because he feared a panic that stops his car to go and not know what to do. He slid on Novy Knin and drove towards Mníšek pod Brdy. During that time I zavoval at Nissan Assistance quenched and that it probably will elekrina so what to do. If I run out of electricity, so they stripped to nejbližšší charger. So that pretty good news. Nejbližšší charger is in Rainbow Street in Pankrác. So then I called Roman that after stopping the car he pulls tow truck. He told me that in the meantime decreased speed and range it does not drop. So we agreed to let in Mníšek again at the highway and coming to Prague, when he bring to his car and wait for the towing service. Cukrák before him and led him from the 6 km long long hill where the car will be no need, on the contrary, maybe some by piece, through recuperation during braking, adds little. The story ended well, Roman finished and I still managed to reach the nearest quick charger that was just at the Rainbow Street. The car had to be reported as soon as I get on the charger properly and I sweat, I’ll be stuck somewhere and wait for a tow truck. 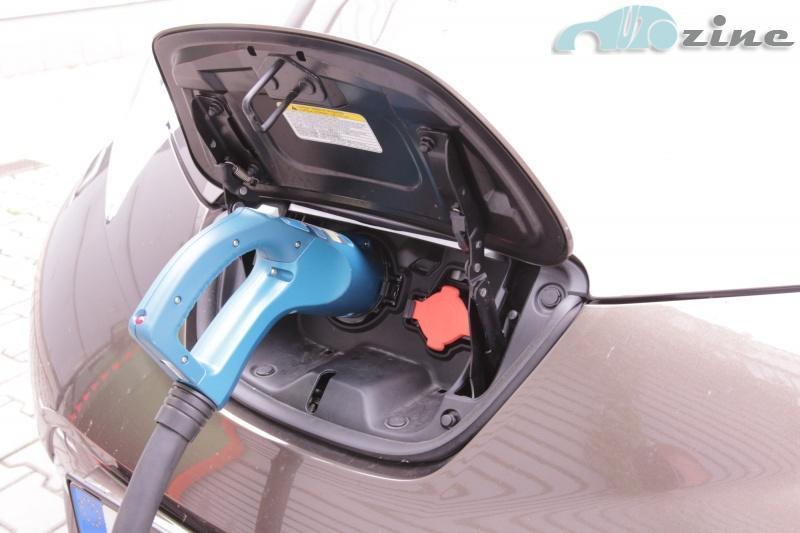 Nabíjekča be 4.5km away (Modřany- Budějovická) which did not fit me and after reading the route has proved that it is 9.6 kilometers. The charging stations are displayed tototiž beeline which is pretty special. But I drove to the gas station and there he met a fellow who just conquered. Immediately he began to be concerned even though he was a little older, and I realized that elektrouauta fulfill a huge social role vpraze like dogs or smoking corners. People had quite naturally begin to talk about things and enjoying what is bothering you. Immediately, my car was subjected to analysis and I only learned that I borrowed 30 kWh version and it has a range of 250 km. I also learned how to go from Milan to Ostrava Teplice. It took him six hours, the first stop made in Prague Jarov, then came to Hradec Králové and at Šumperka spent 3 hours at the enthusiast that its fleet slowly reoriented, an electric only and then came to Ostrava. Also he planned trip to Rügen with the German coast, but finally sworn that there are places where quick charger will not work and would be recorded. It was in between the car within 20 minutes charge to 120 km. Also he explained that the need to have a fast charging cable when the car is recharged in about 3-5 hours. Let him do it from a friend and an electrician was about 10 000, – CZK. Original sells for about 25 000, – CZK but as I know it’s a necessity. However, the friend was driving disillusioned and still on, an electric wait until they have a range of at least 500 kilometers. Auto Mode Drive enjoyed ECO, without air conditioning (that day was about 30 ° C), no radio at all and they should not go, and when the wind blew so felt the gusts. From the cottage also ferried some things and round the inside of the case is not entirely practical. However he took two lightweight chairs and mattresses on the bed. It seemed to quite compact car. I drove the next day a huge box and it is true that I had to fold the rear seats, so the car became less practical. However, we stand behind it, the suitcase is sufficient for urban driving and fulfill its function.
Conclusion:
Finally, I want to say that I was pleasantly surprised by the Nissan Leaf, I would have bought it immediately. The vast majority of trips I go around the city and even the woman she loved what I was přsvědčen.
For comparison, I used Mobile.de market and Sauto.cz and I inquire dealers across vybersiauto.cz application. Price according to the official price list is from 700 to 900 000 CZK. In Germany you can buy cars from 18,000=€ 510 000, – CZK. In doing so, it is not necessary classic service relative to the engine, so I have to agree with my friend that this car is worth.
Why have this car:
Because you believe that this kind of car is a trend that pushes humanity forward. Changing his view on transport and pushes the limits of our imagination of limited natural resources. Electric cars will change a lot of things and to come home autonomous car, a car that can drive itself to such market cars as we know it will be totally changed.
Useful links:
calculation of savings in fuel price < / a>
Prices on Mobile. de
Prices on Sauto.cz
Charging stations – the whole world
CEZ (do not like)
map of charging stations – Czech Republic – In the map you will find such gems as: “CZ0120 Goat Mountain near Novy Knin, Nonstop (position inaccurate): 1 x 400V about 32A (four-pin), 1 x 230 about 16A (virtually nevyhoditelná) sockets are freely accessible to the chapel in front of the garage (just about 2m cable). Send me an SMS to advance (+420) 603 228 828, if my neighbors shouted that someone robs us 😉 charge be worked: during charging me pour gingko middle of the garden pond of water (a bucket out there will be) 😉 ”
Test: Jiří Brůžek
Source article: TEST: Nissan Leaf 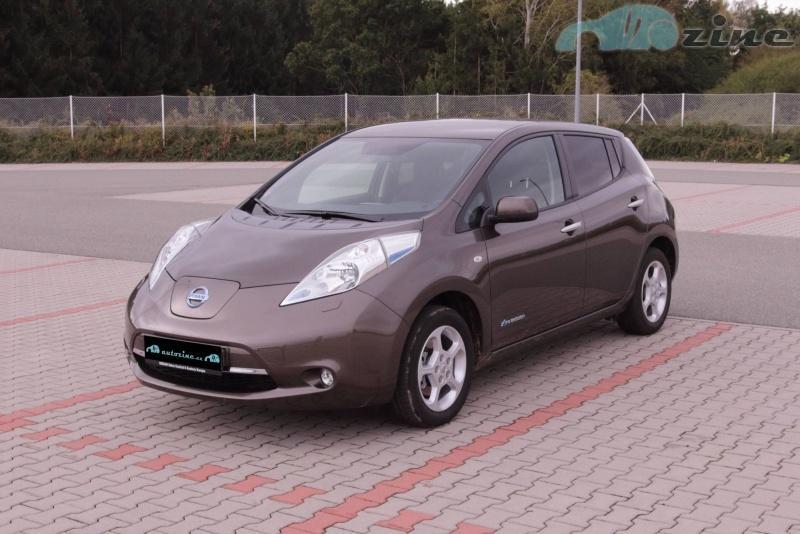 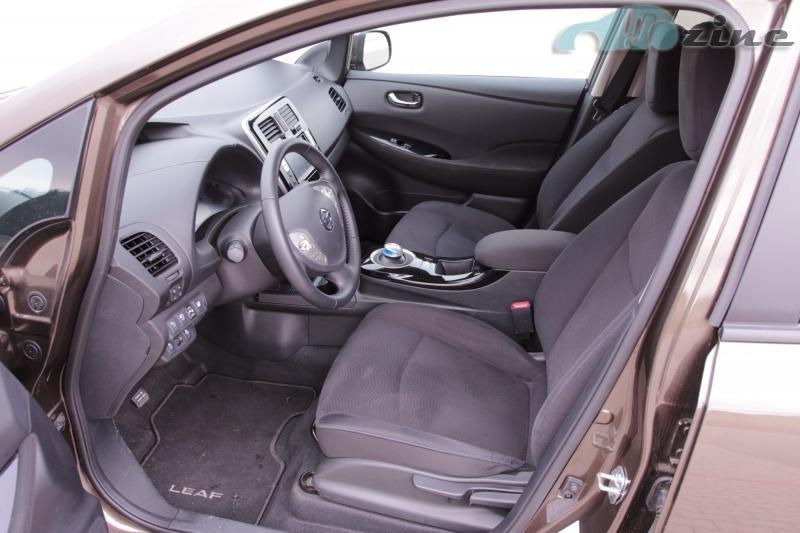 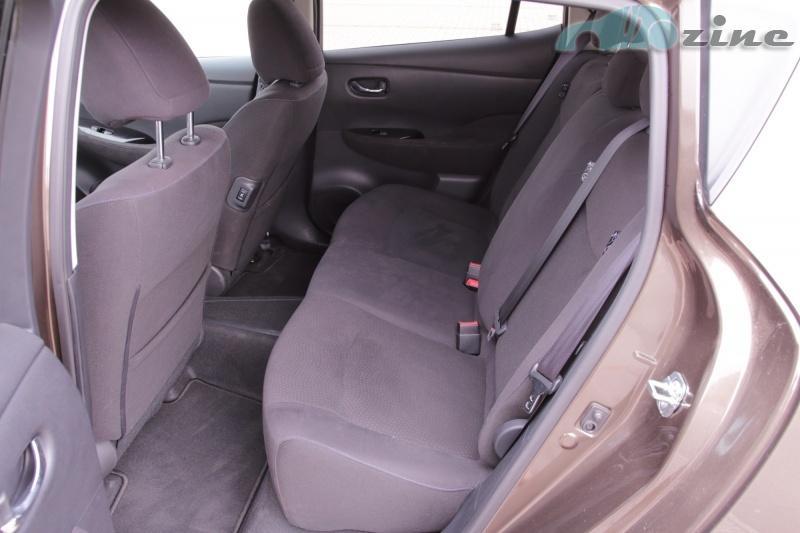 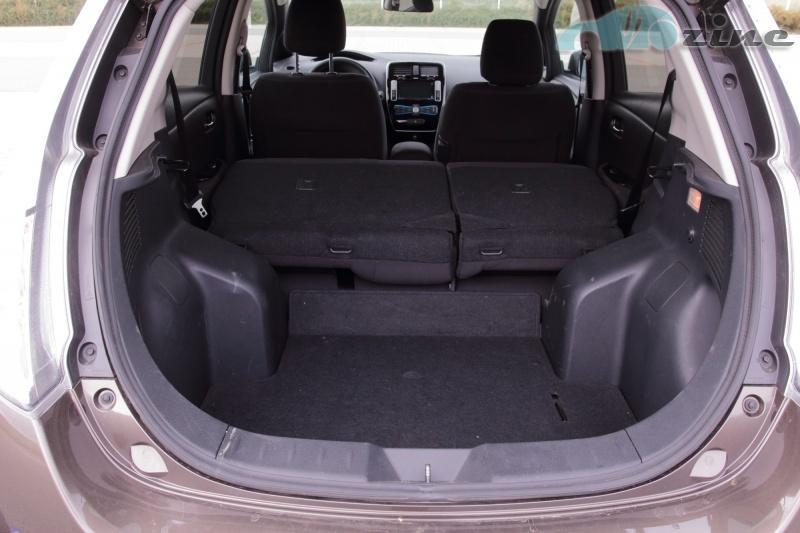 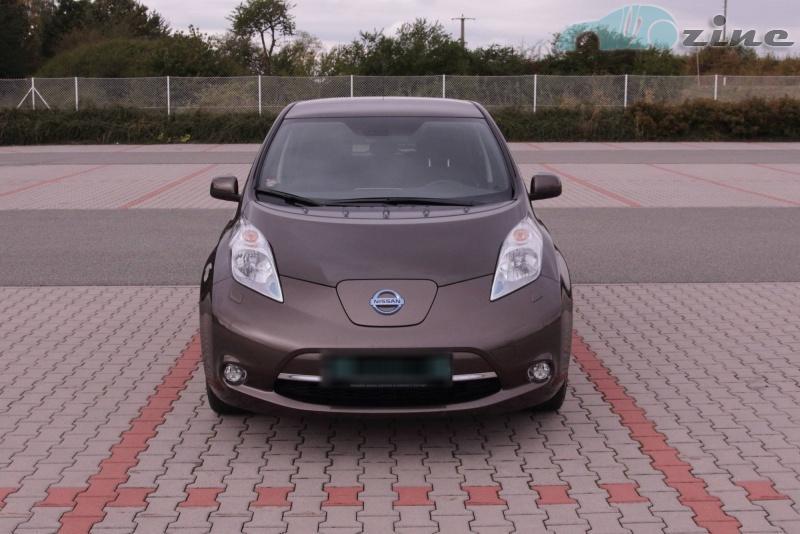 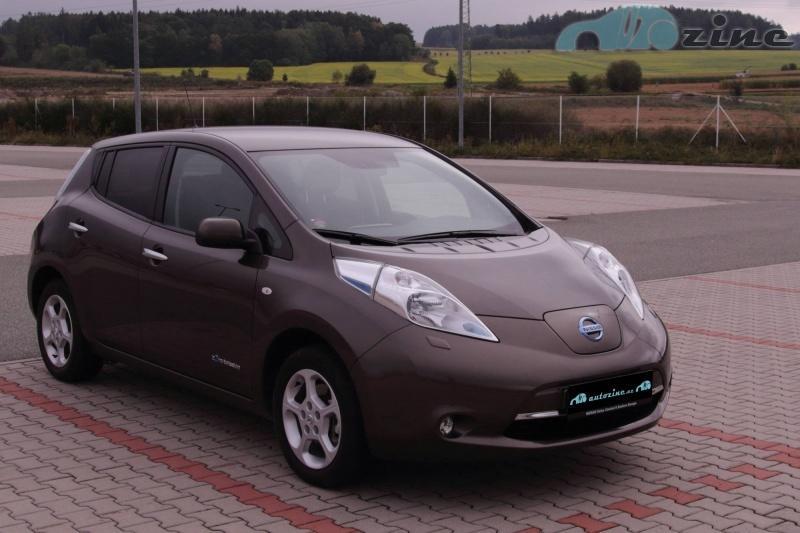 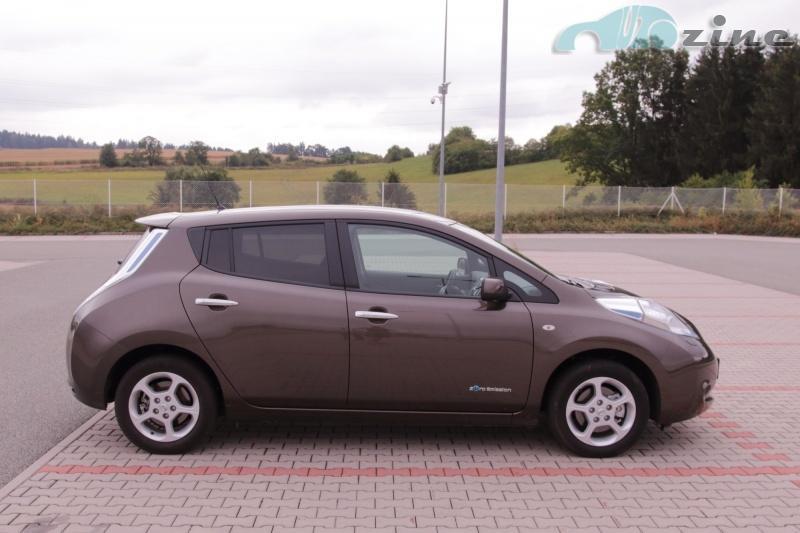 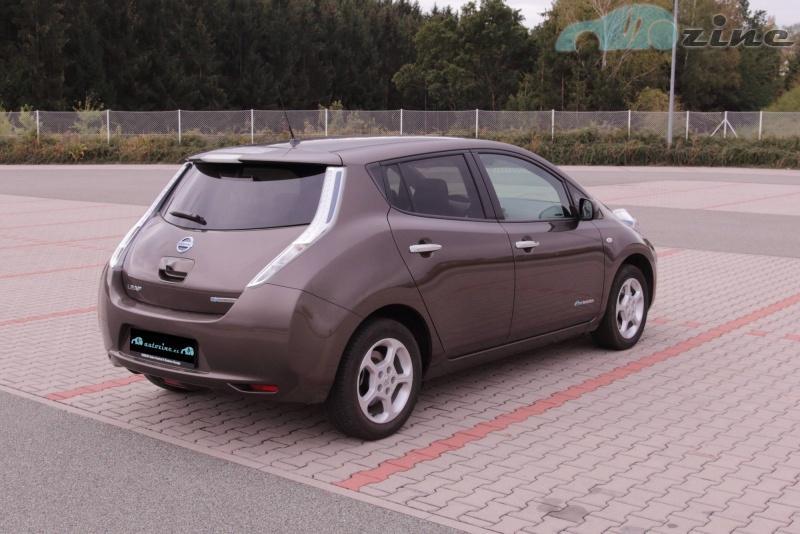 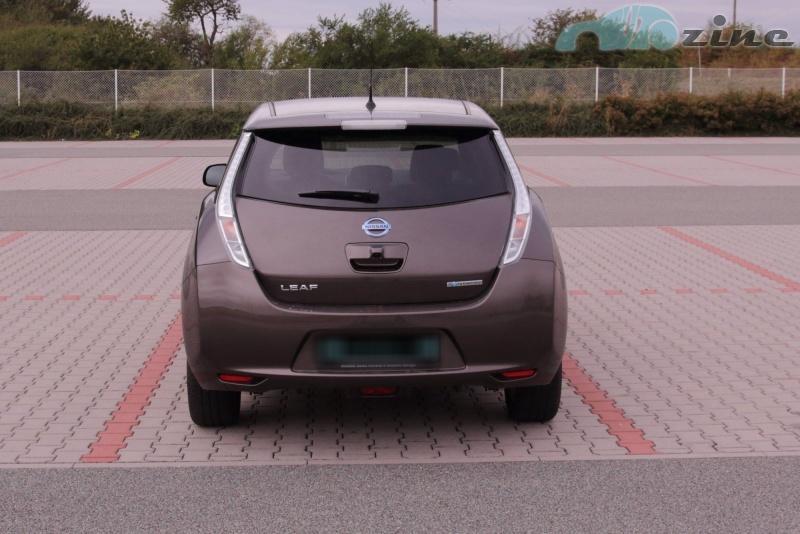 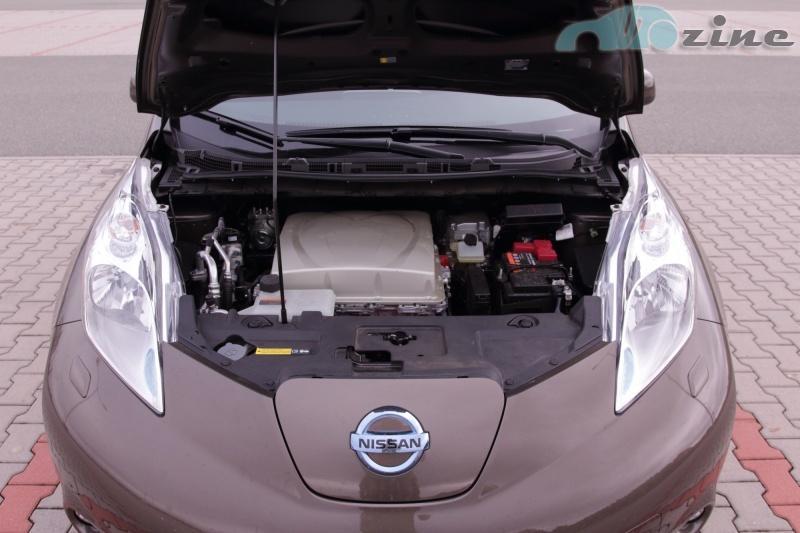 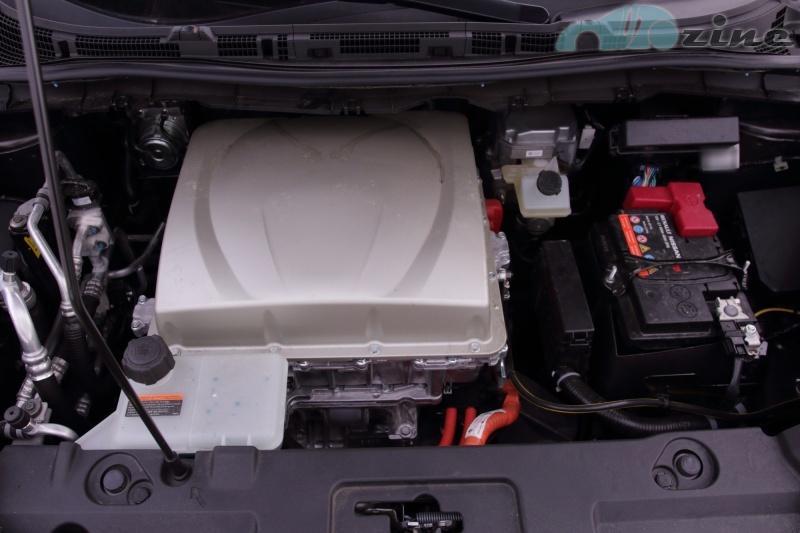 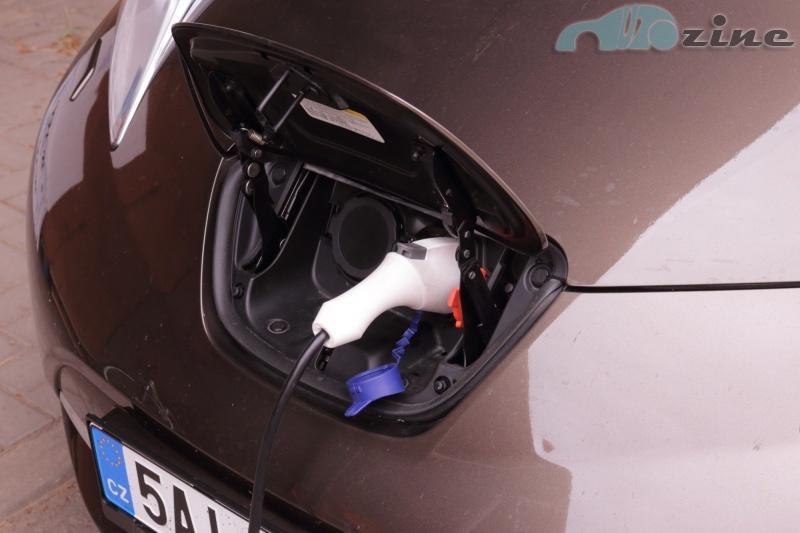 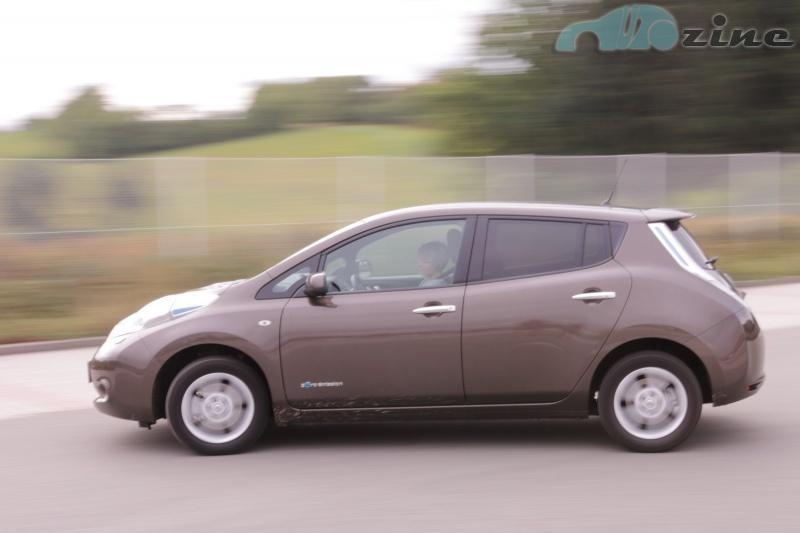