The Infiniti Q50 only entered the middle class this year, replacing the established G models. At first glance, this seems like a risk, but Infiniti, as a young brand, can afford it. Is his new base model an unjustly neglected car? The new Q50 model takes over the hybrid system from the M model and combines it with all-wheel drive from the Nissan Skyline GT-R sports car.

The car is aggressive at first glance. The sharp lines on the bow descending to the ground look dynamic, so you can look at driving performance at a glance. The headlights with a xenon module were very successful, the obligatory LEDs for daytime running lights are in the bumper. The big wheels and huge brakes under them will also say something about speed. It is clear that nowadays the savings of every crown will not be on display. And at the back you will find two exhaust tailpipes. But the more familiar will be the letter S in the name, which indicates the top of the menu. However, the dimensions of the car will surprise you – even if it is a basic sedan competing with the Munich trio or a CD from Stuttgart, it does not seem small at all and it does not even have external dimensions. 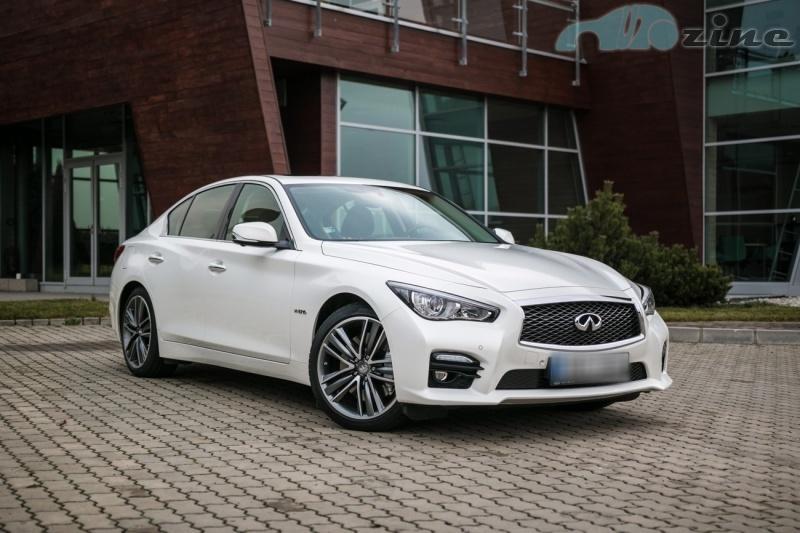 The driver's seat is, of course, electrically adjustable and has two position memories. If you switch off the engine and open the door, the steering wheel will rise and the seat will move backwards. And after starting (of course keyless ), the seat is adjusted to the last position again. In addition, you have a sliding seat, which is really nice for longer journeys on the highway. On the other hand, in the districts you will appreciate the great side support of the front backrests with embroidered Infiniti logos. Otherwise, you feel quite cozy behind the wheel thanks to the high central tunnel. There is an electric glass sunroof overhead. The interior is assembled from perfectly matched parts from quality materials. Many of them have leather stitching, others are metal, but together they go well. You won't find any fake wood paneling here, and that's good, because the "qeck" wouldn't really suit you at all. The rear seats are comfortable and can accommodate two passengers, although there is officially space for three passengers. There is relatively enough legroom, worse with headroom for taller passengers. The armrest at the back is placed up to the seat and longer people can push a little into the thighs. The case is a hundred liters smaller than the non-hybrid version, but there is good access to it. Only the sound when closing the lid was not very premium. You can't fold down the rear seats of the hybrid version because there is a lithium-ion battery behind them.

The rich equipment of the car is mainly represented by two touch screens with the Infiniti InTouch system . Its control is in Czech and quite intuitive. After a few days in the cab, you will get to know him quickly. In addition, the navigation will also alert you to stationary radars, which you will certainly appreciate due to the driving performance. Of course, due to time, you have to come to terms with various warning beeps , although it could be much worse. An interesting feature is the intermittent reversing warning signal, which remotely resembles trucks – well, it's basically an American car. I was surprised that when you stand outside, the beep sounds from a completely different direction than where the car is. Our car was also equipped with adaptive radar cruise control and a lane keeping system . He is able to go through bends on the highway. The active braking system, in turn, is designed so that while it cannot completely prevent an accident , it mitigates its consequences as much as possible. 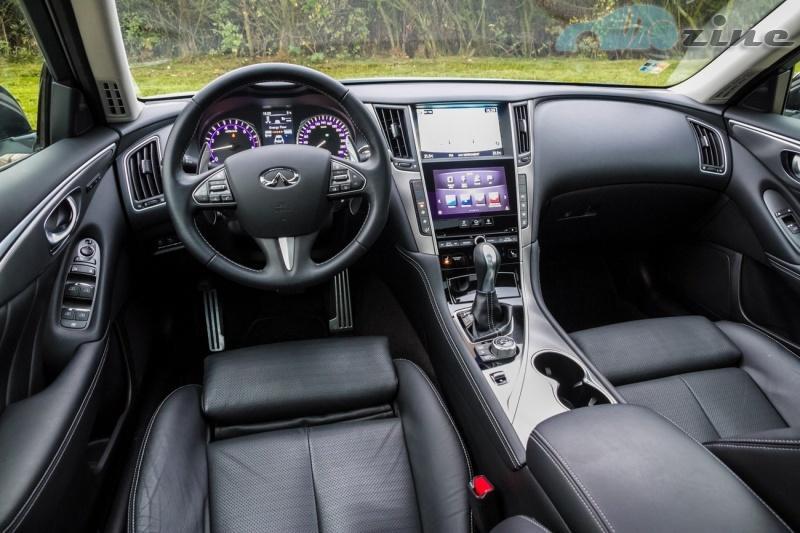 The six-cylinder fork is mated to the Infiniti Direct Response Hybrid system found in the larger M35H . It even has a listing in Guinness as the fastest mass-produced hybrid car . The Vé-six has a volume of 3.5 liters and itself produces 225 kW at 6,800 rpm. The electric motor then adds another 50 kW, so the car has a value of 268 kW. Otherwise, it is hidden but directly in the seven-speed automatic transmission . But you won't see much under the hood, because everything is hidden under a large but tastefully designed cover. Only the bright orange hose seemed a little disturbing there.

While driving, you can choose several modes, in addition to the classic Ecological and Sports . In each of them, you can then change the gear selector from automatic to manual sequential . There are also paddles under the steering wheel, which you can also shift (and the car will let you shift in automatic mode). But I must say that I had a better shift with the lever (well shaped), it was just the opposite than I would expect. You downshift and reverse upshift by moving the selector forward. In addition, the transmission has a noticeable delay in each mode, so you have to plan a little overtaking a bit. In short, she seems to be wondering if you really have the right to determine which grade to include. But then he takes pity on him, kicks him there and you can push all 300 horses forward. And very quickly. However, it is a pity that even in the sports mode, this delay will not be suppressed in any way. Thanks to the electronic control system , its steepness and reaction time change in individual modes. You will appreciate this not only when driving faster, but also when maneuvering in the parking lot. Although this brings a certain insensitivity, because you do not have real feedback from the bikes, in sports mode I also noticed increased rigidity of the steering. In Eco mode, you will notice a reduction in air conditioning performance as well as greater resistance from the accelerator pedal. This is to prevent accidental activation of the ignition unit. A matter of course is the short-term deactivation of the mode at the maximum pedal depression.

I will return to maneuvering, but I must add that the car is not only equipped with a reversing camera , but the surroundings are also captured by cameras in the exterior mirrors and in the bow. In addition to the image of the surroundings, the silhouette of the car from above and the image of the surroundings are automatically projected on the display behind you. If you are interested in the possibility of electric operation, then you may be disappointed that the drive mode is chosen by the car itself. So you can't choose a purely electric ride yourself. However, you have an indicator on the devices and also a small display on which you can show whether you are discharging the batteries or the power is sent to you by the engine. When driving on electricity, the engine switches off, which you will also notice on the classic tachometer . And don't think that electricity is just to the city. She can also maintain 130 km / h on the highway if you are not climbing. You can also check your economy on the on-board computer. When you do not have the pedal depressed and you do not accelerate, the computer disconnects the six-cylinder and saves the produced electricity "for worse times". I moved around the city in the range of 9 to 9.5 liters, behind the city the indicator drops to 7.5 to 8 liters. And the Q50S also requires 8 liters on the highway. When you get used to the car, it is not a problem to cover up to 25% of the distance traveled purely on electricity. 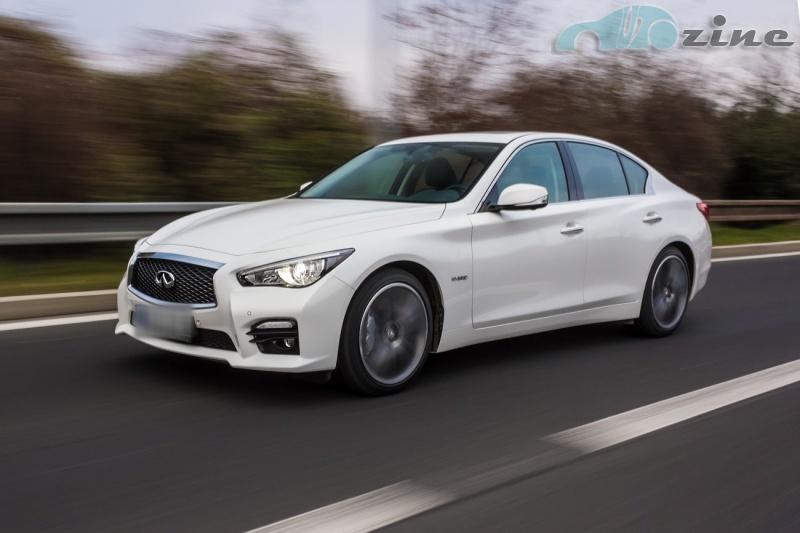 The classic Q50 is a rear bike, the AWD version then took over the ATTESA-ETS system from the Skyline GT-R . He prefers the rear axle, but can send up to 50% of power to the front wheels if necessary. However, the rear wheels are driven separately only when the electric is constantly driven. When accelerating, the front axle drive engages immediately. In corners, the system brakes the inner wheels, then reconnects the front axle at the exit, which makes you constantly accelerate on your favorite road. You have to get used to sensitive brakes , because as soon as you give the hybrid system a chance, it starts to recover energy into the battery and the braking effect increases even if the pedal load is still the same. However, I must praise the sporty chassis , which manages to filter even unevenness. It consists of two-piston shock absorbers that work perfectly. In the case of Infiniti, you won't feel the low-profile 19-inch run flat rubbers at all. And that they are sometimes synonymous with loss of comfort.

The Infiniti Q50 is definitely set to stir up stagnant waters in its segment. He has the power to give away and in other disciplines he does not lag behind the German competition. His only problem will be whether customers find their way to it and dare to step out of stereotypical shopping with their brand. But they should definitely take it into account. We were pleased with the performance of the engine and its harmonization with the hybrid system , acceptable consumption and quality interior . The downside is less responsive steering , manual shift delays and less headroom for rear passengers. 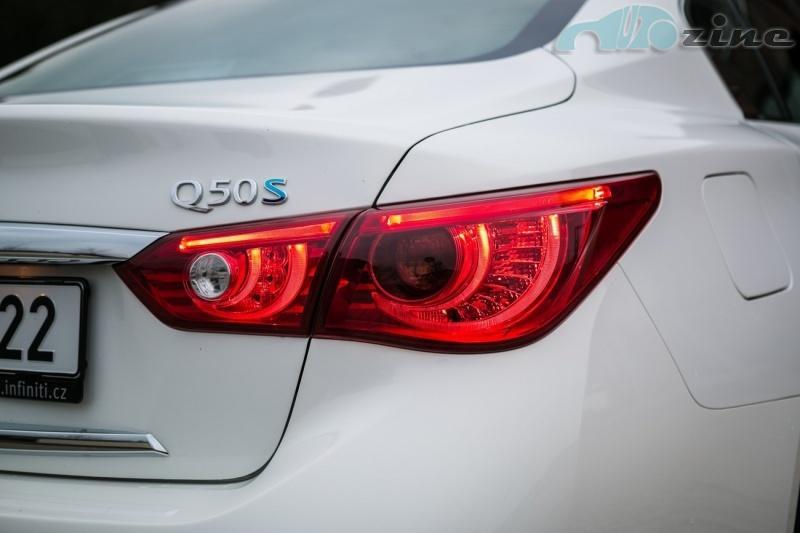 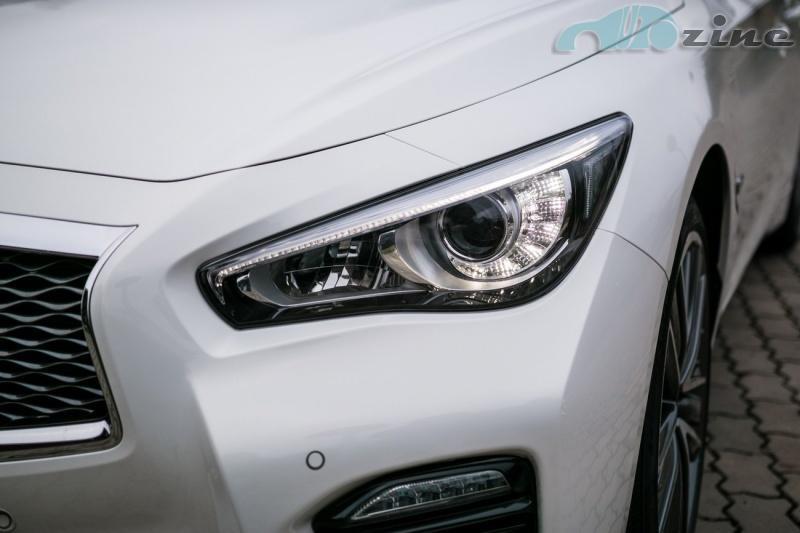 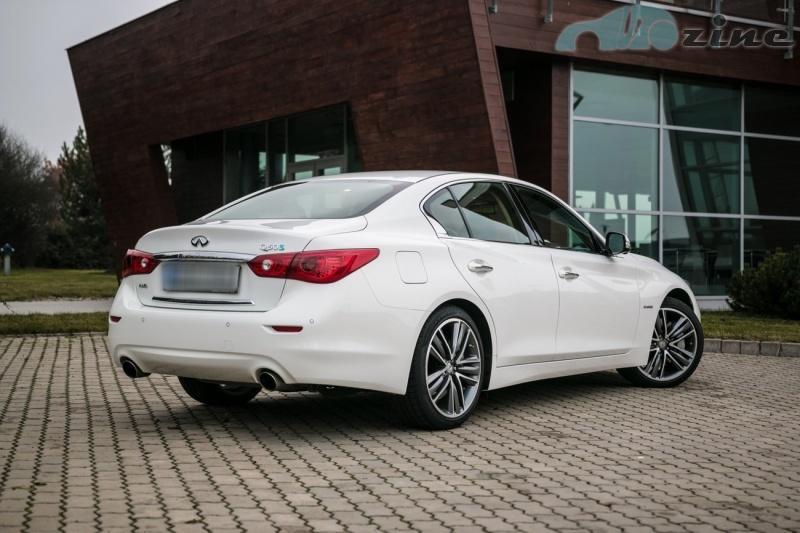 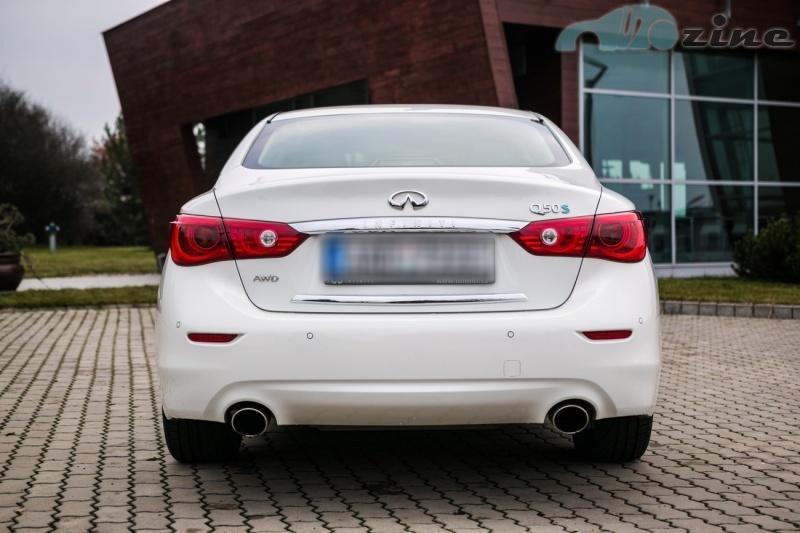 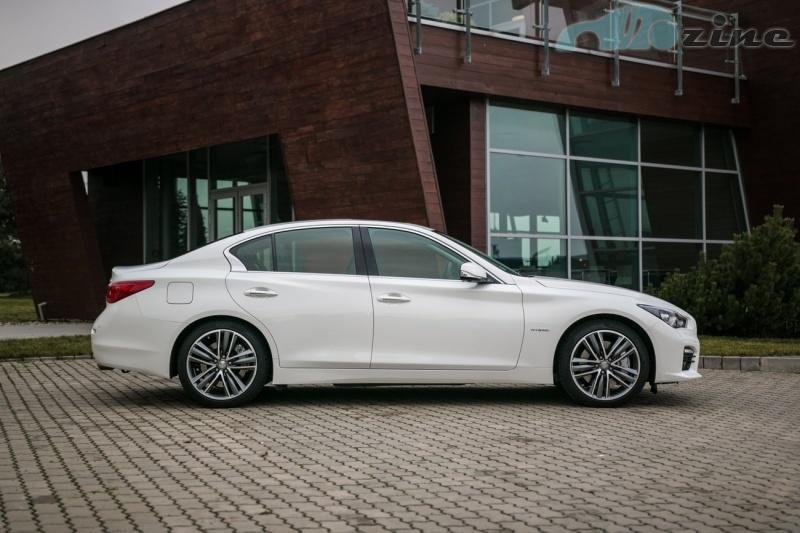 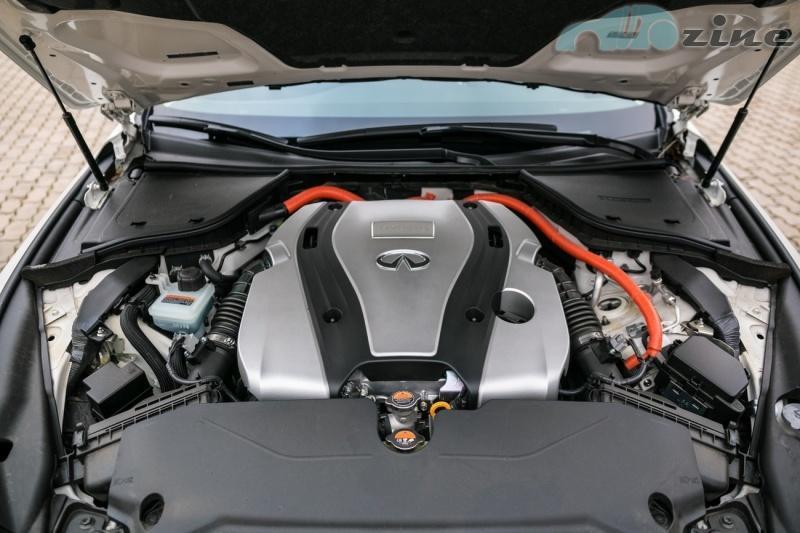 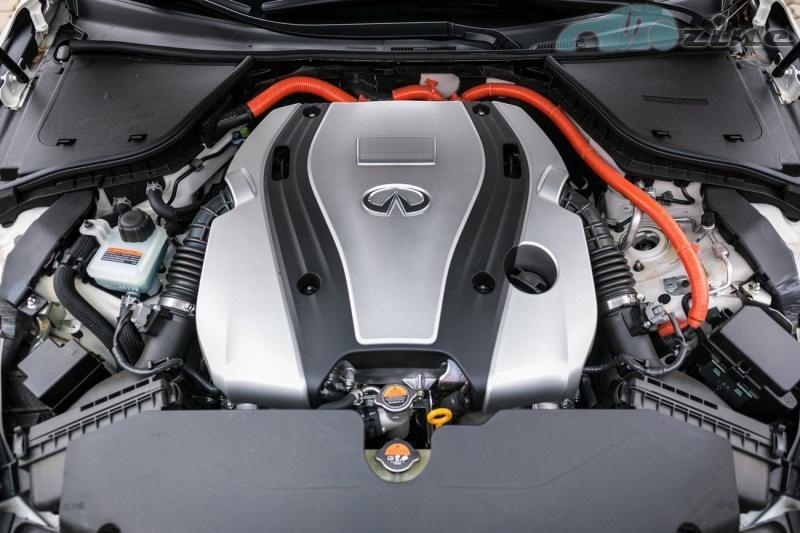 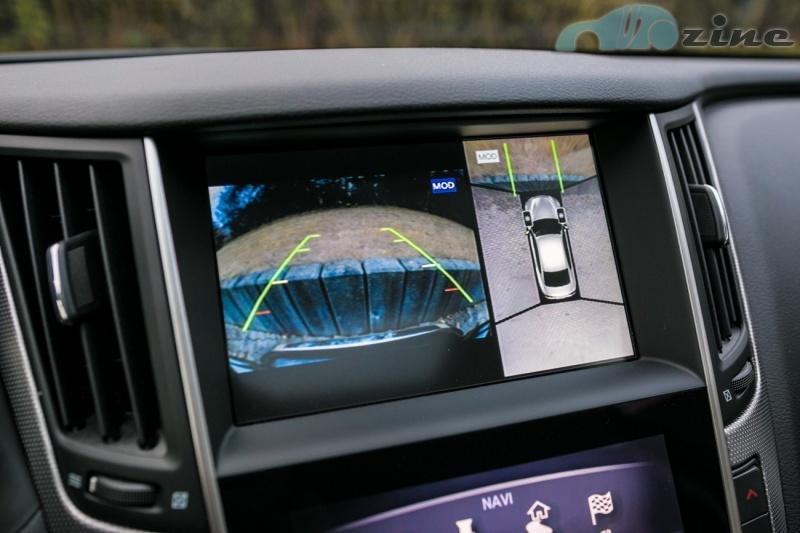 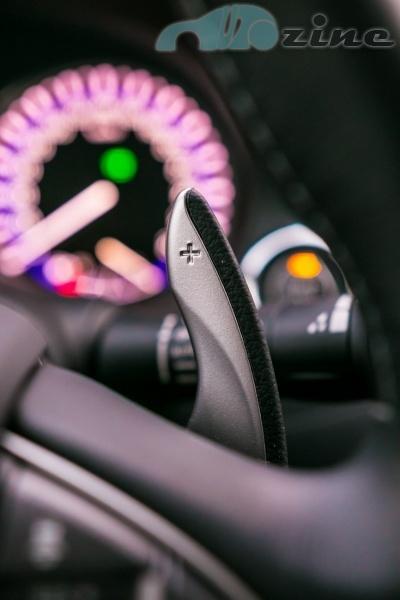 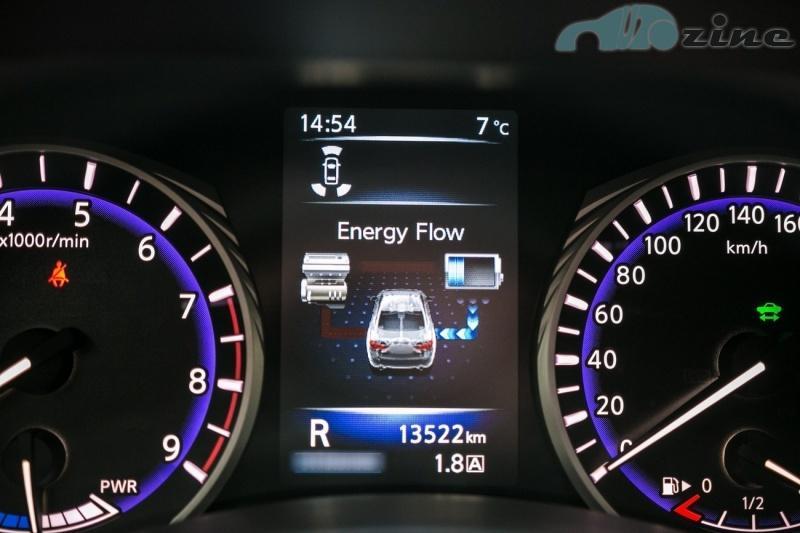 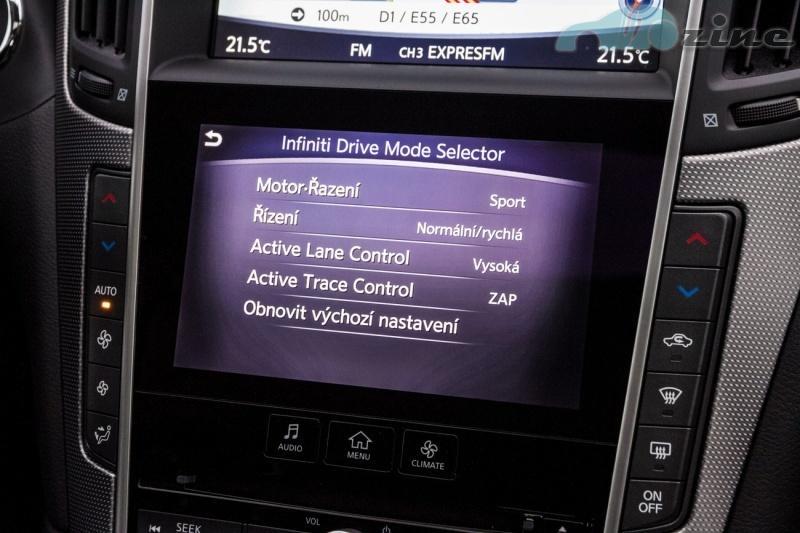 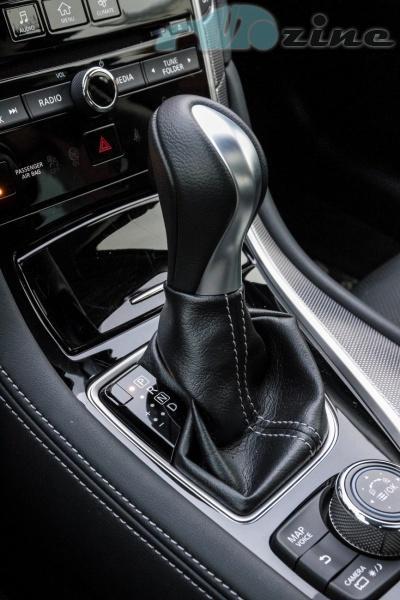 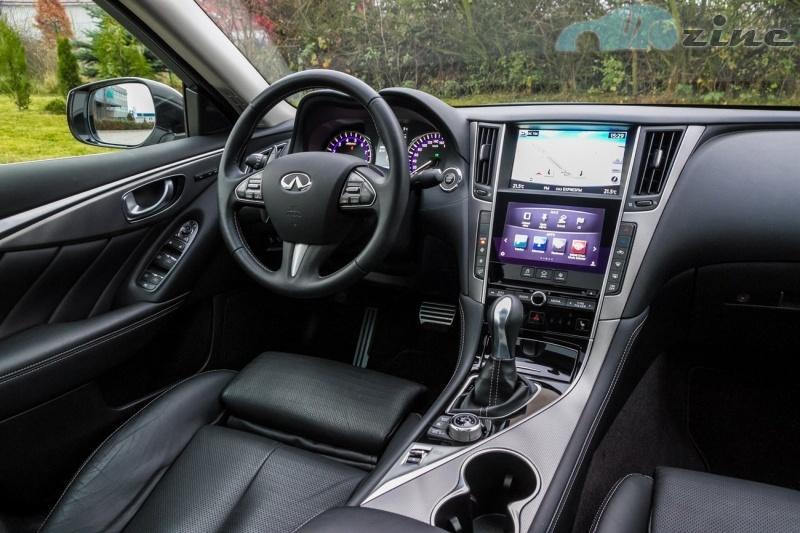 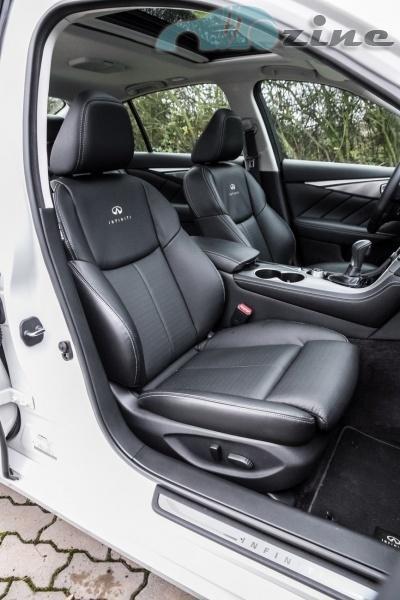 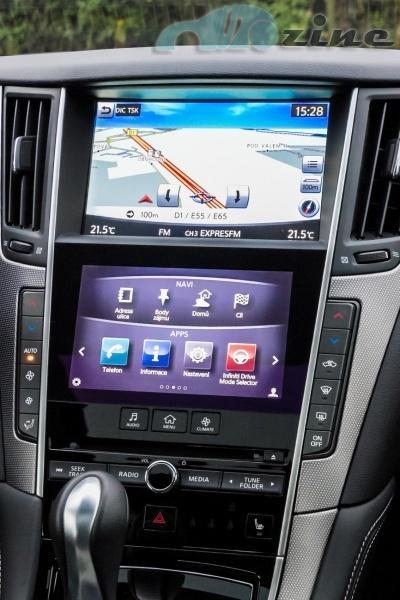 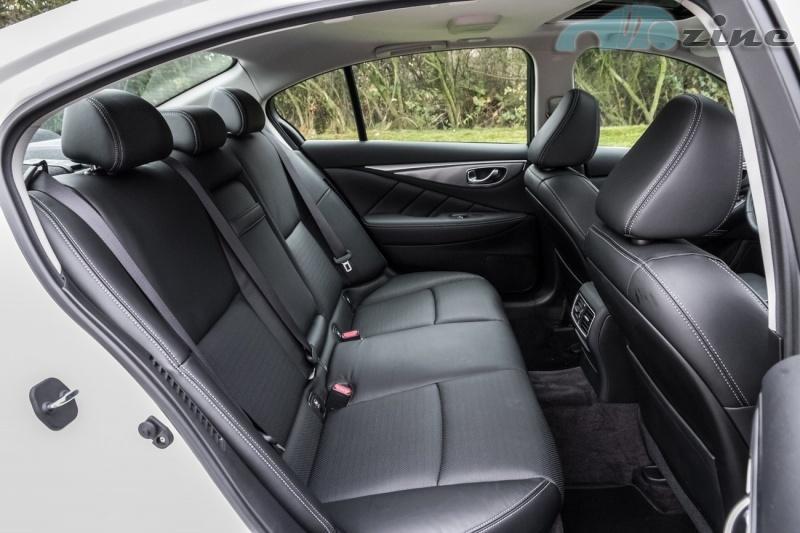 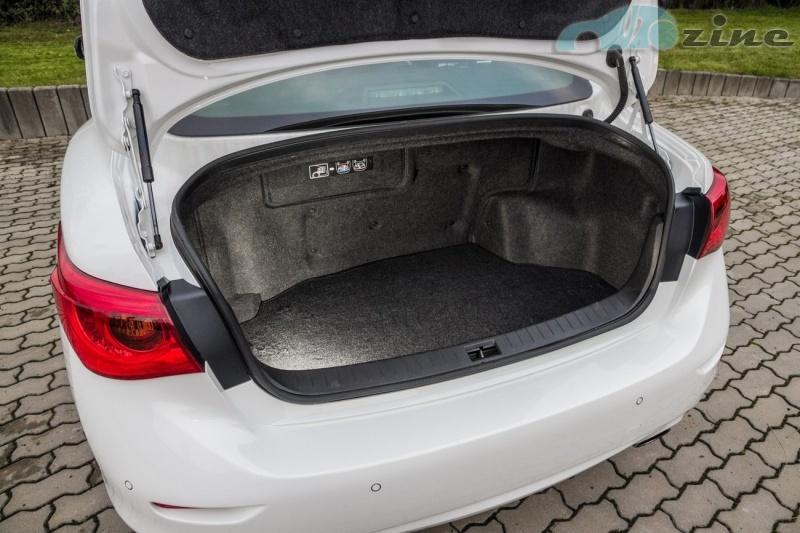 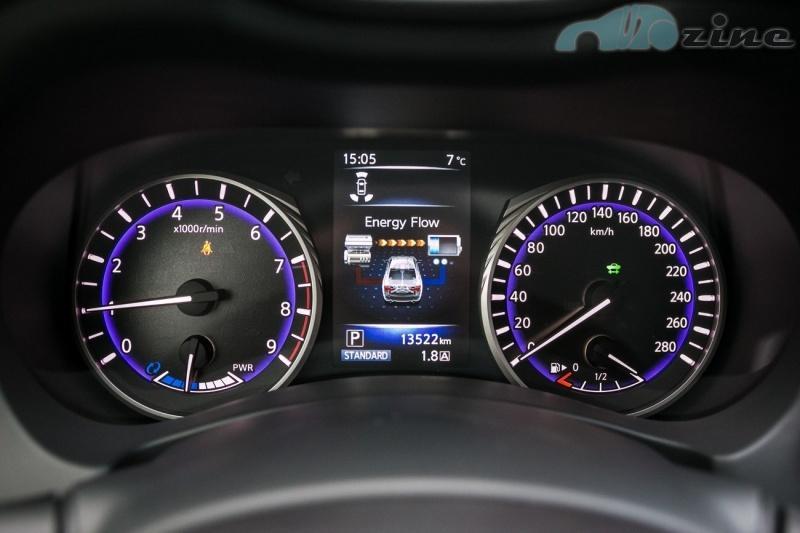 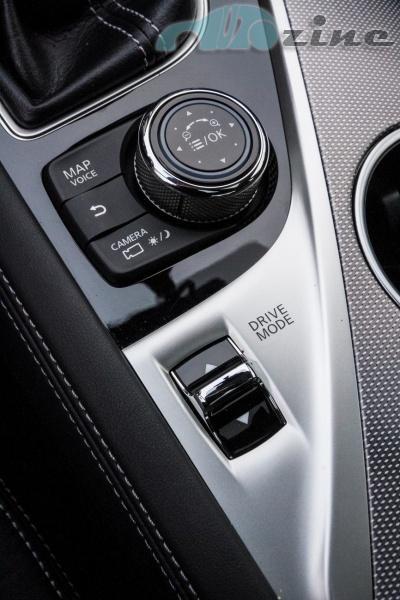 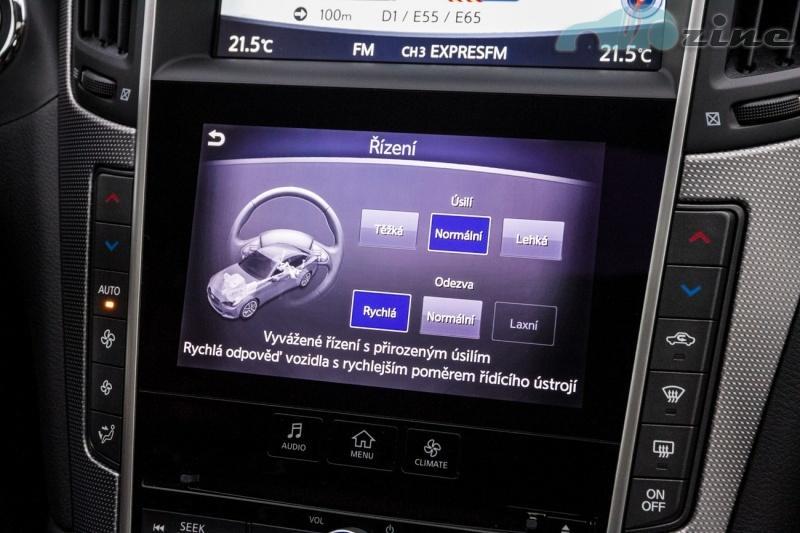 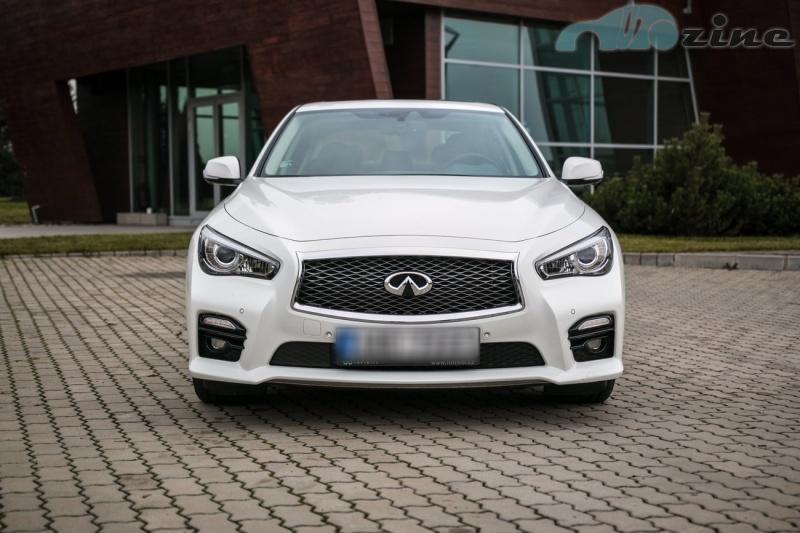