Hyundai i30 last year became the fifth best-selling car in the country. Now comes the new generation is not yet available hatchback, but in Geneva was already introduced and combi version and come should also sport version N. 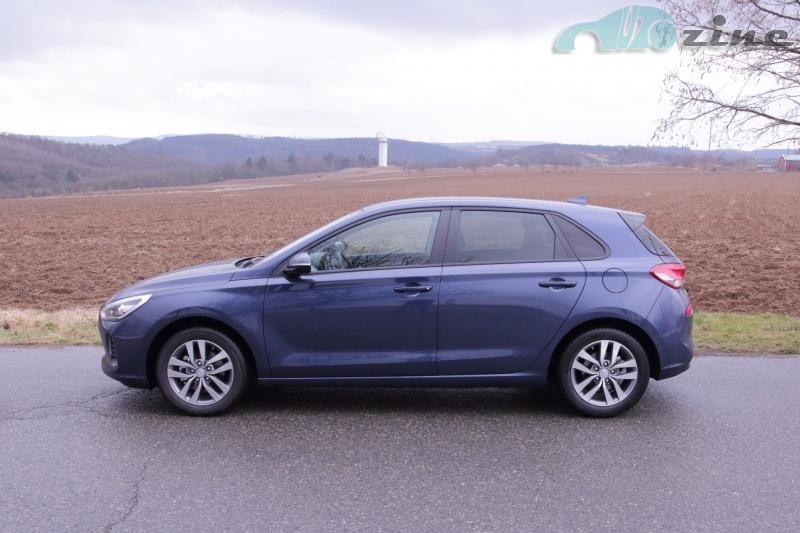 Compared to the previous generation i30 received a new sleeker design. The only element that can be found across the model range, Hyundai remains the distinctive hexagonal mask. New full LED headlights have less elongated shape. Daytime running lights is associated with blinkers and is located at the bottom next to the fog.
Seen in profile, embossed, before passing through the door handles shifted a few centimeters up. Rear of the car is also easier, sharply shaped headlamps and a tendency to round fog lights in addition to changing the shape moved even a bit higher. Previously, it had better solutions based backup camera that is tilted along with the character. It is now firmly positioned underneath, whirling dust behind the car unnecessarily exposed camera stains. 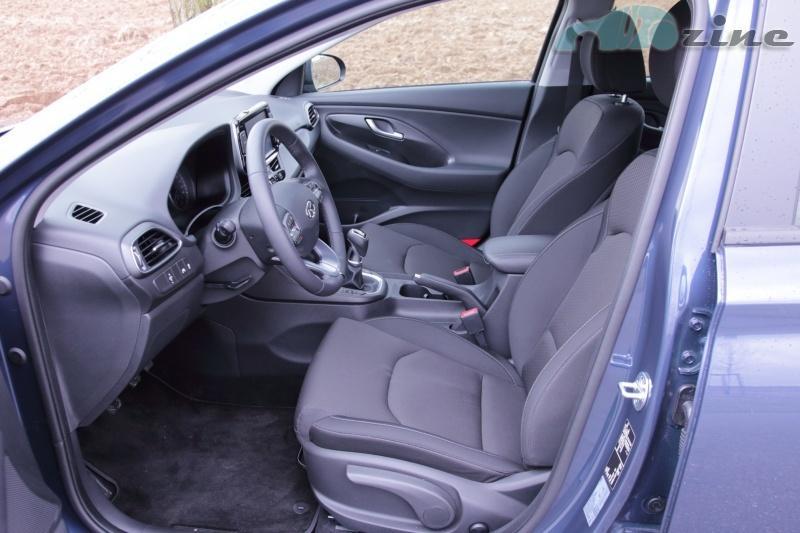 Progress in the interior is at first glance to know the quality of the materials, all plastic works much better than the previous generation. Personally I like the new horizontal breakdown of the dashboard. Large touchscreen protrudes from the instrument panel and is placed near the driver’s field of vision. Below that it is a dual-zone climate vents its control, which has retained its own mechanical controls and display.
Once behind the wheel to a comfortable and well-shaped seats surprising that they Nelita driver even thinner. As I mentioned drawback adjustment of the backrest angle using the wheel. The front seats are heated as well as the steering wheel, the new wheel I have to commend the new infotainment solution for control, trip computer and cruise control. Infotainment with 8 “touch screen works swiftly and controls are logical, plus there are also preserved the basic controls, to not have to fumble for everything on the display. The advantage is updated navigation for 10 years for free.
Passengers in the rear seats have plenty of headroom, knee now it’s worse, it was surprised that here instead of air conditioners vents in the center console, air vents located just beneath the seats. The boot has a volume to 395 liters with folded back seats to 1301 liters. In case the adjustable floor is in a higher position, tilted seat creates a plane with it. At the very bottom of the luggage compartment is positioned Spare wheel. 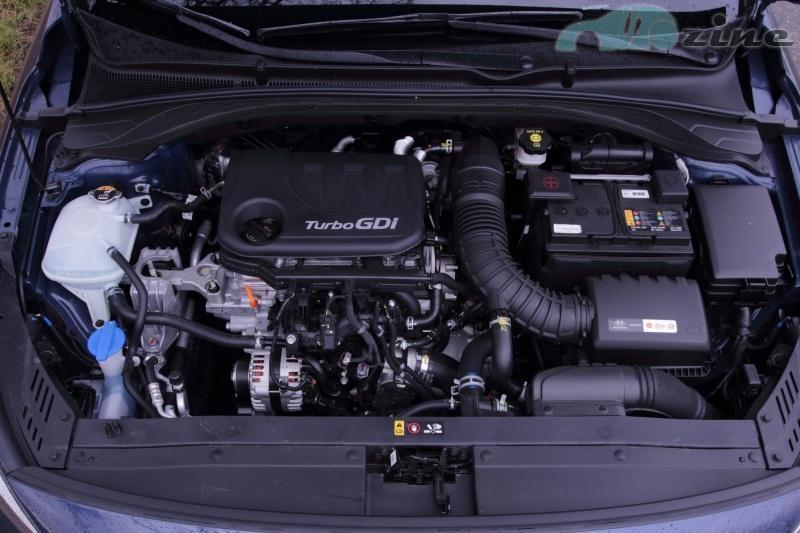 Do the new i30, you can choose one of the following engines: the weakest atmospheric 1.4 with an output of 73 kW-liter three-cylinder turbo with an output of 88 kW and a supercharged 1.4 with an output of 103 kW diesel 1.6 is available in versions with 70, 81 or 100 kW . The test car is equipped with a three-cylinder 1.0 liter GDI T-D-CVVT having on its size, good performance 120 bhp at 6000 rpm. and 172 Nm of torque available from 1 500 to 4 000 revolutions . On the 100 kilometer speed auto impetus to the under 11.1 seconds and a top speed of 190 km / h. Its refinement is obviously not equal four-cylinder units, the vibration is especially apparent at higher loads during acceleration. At lower engine loads, however, it is silent. Combined fuel consumption ranged instead of the reported around five liters 6 liters of gasoline during normal driving. For two of the most powerful petrol and diesel engines are more efficient to choose between a manual gearbox 6 ° and 7 ° dvouspoujkovou transmission. Other options are available only with the six-speed gearbox, so it was the case of the test car.
The gearbox is precise gear shifting, I had a bit of objections to hlučnějšímu speech transmission in reverse. On the sixth gear: 3100 rpm at 130 km / h.
Chassis together with 16 “wheels are good at filtering inequality while cornering is not tilted excessively. The good news is that all versions have a rear multi-link suspension.
The biggest change is in progress, although compared with the previous lost the possibility of adjusting the efficiency, but it works accurately and feelings of control are pleasant. Comfort and safety as well as providing plenty of assistants beside příplatkového monotorování blind spot, and you get a trio of assistants, which are all new cars i30: autonomous emergency braking, keeping active in the lane and monitor the driver’s attention.

Its predecessor is seen improvement in every respect. The great thing is that a lot of security assistants are already standard.
Pros:
+ Riding speech
+ Quality of materials and ergonomics
+ A wide range of safety assistants in basic equipment
+ 5-year warranty, unlimited mileage
Cons:
– noisier return
– audio performance three-cylinder
Price: CZK 369 990
The price of the tested car: CZK 456,890 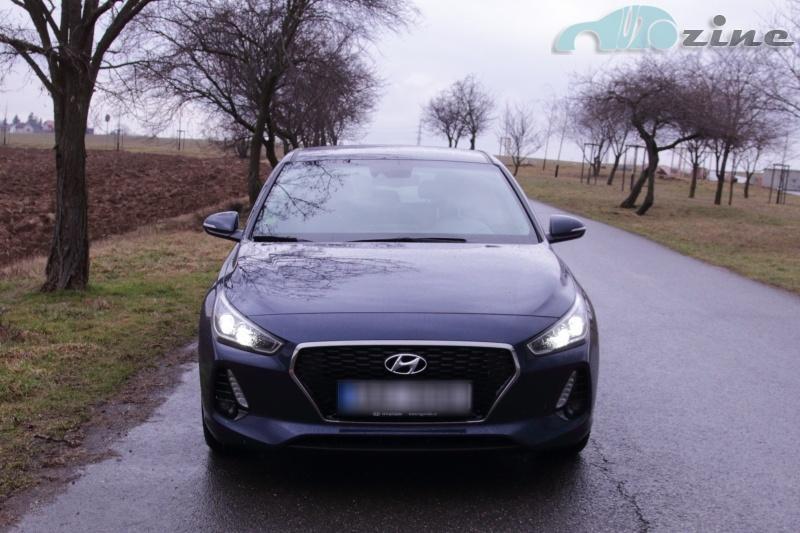 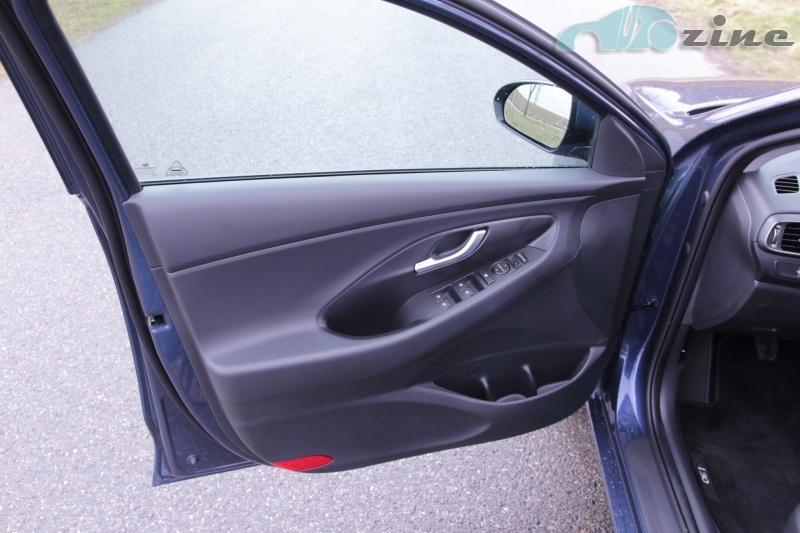 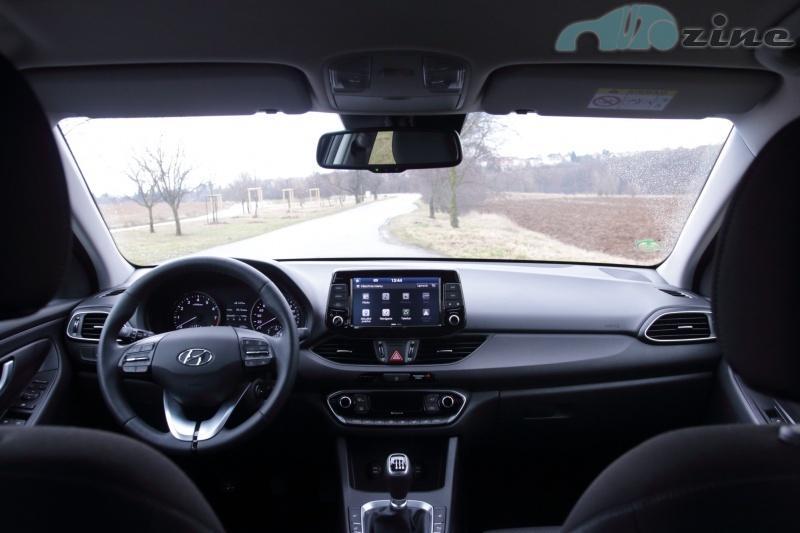 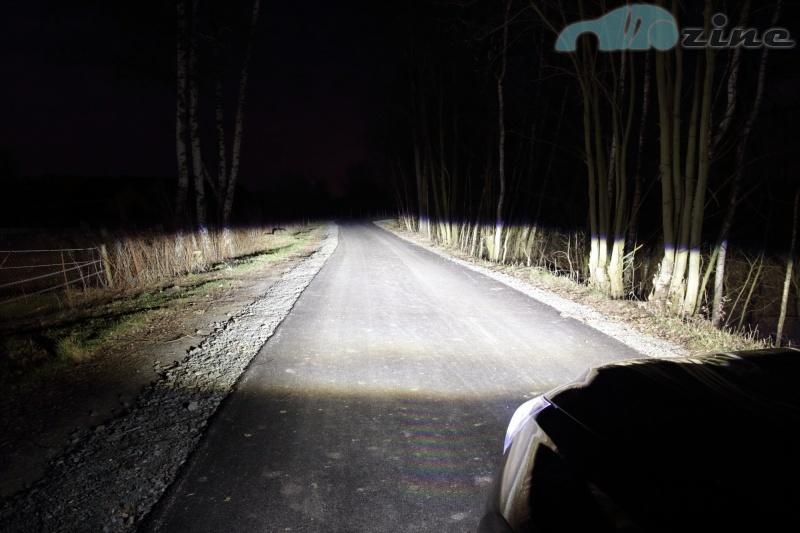 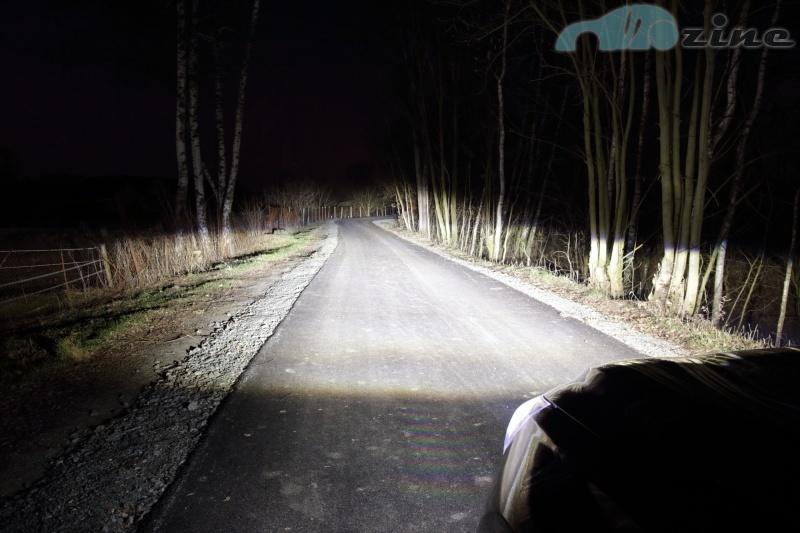 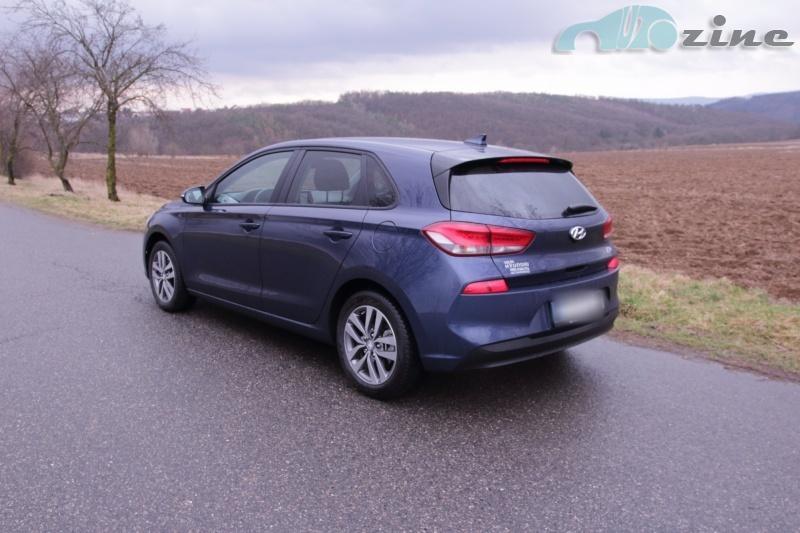 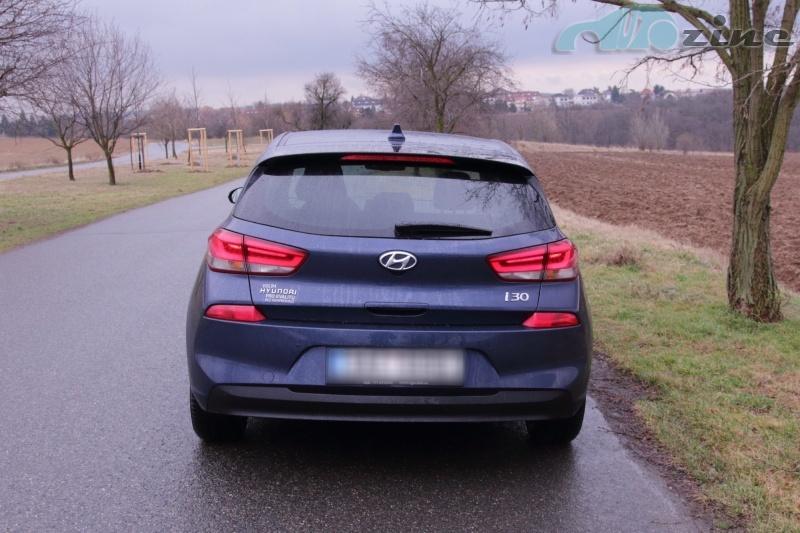 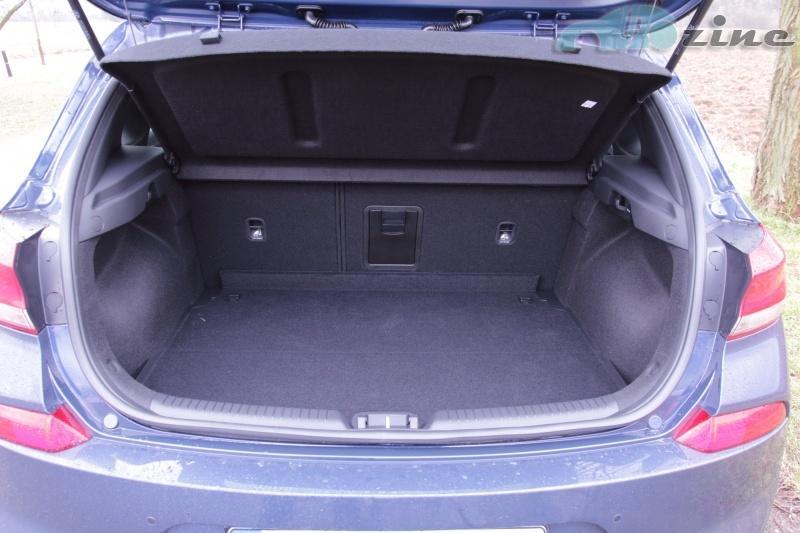 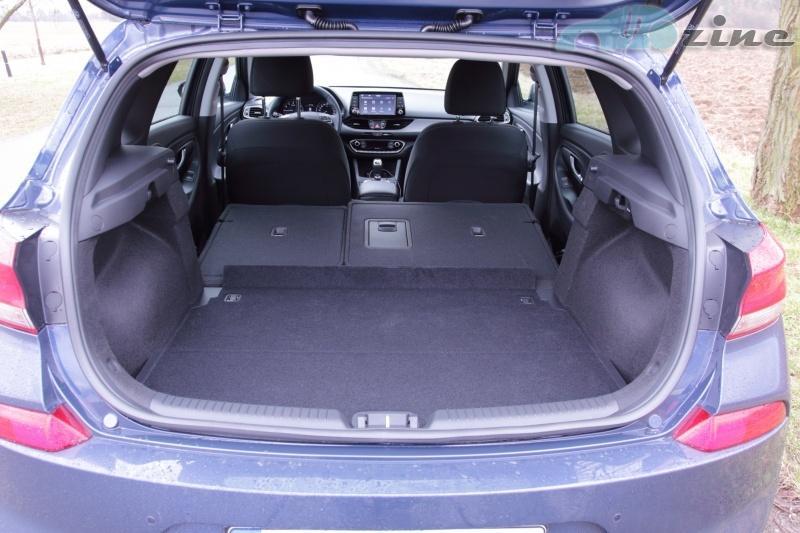 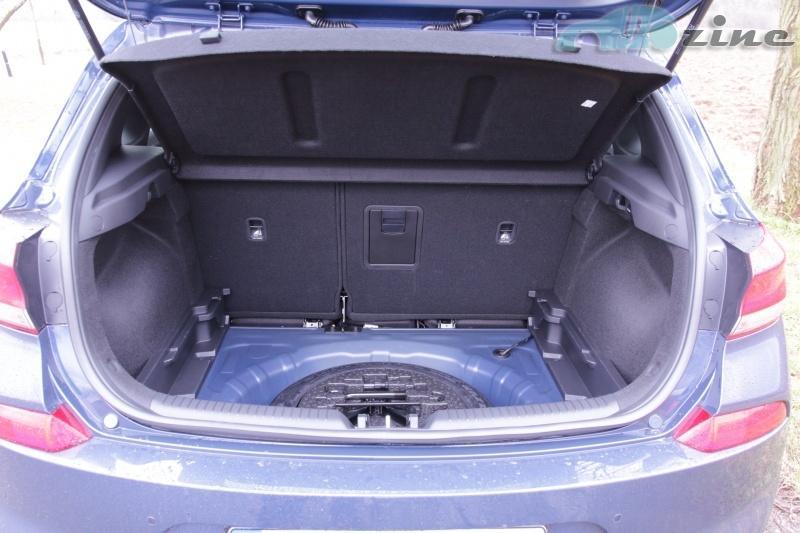 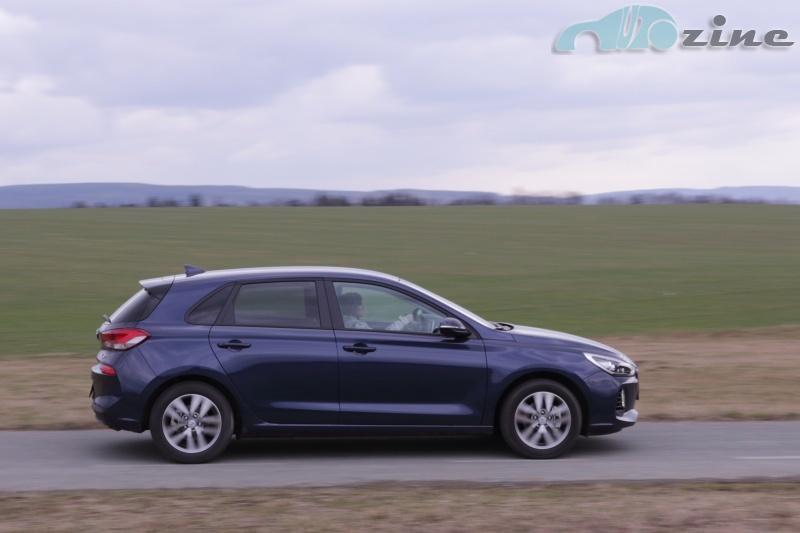