After more than four years, Citroën has prepared us to rejuvenate its successful model of the Citroën C – Elysée. His predecessor was unveiled in 2012 and the same year was listed on the European markets in 2013, then to the Chinese market. Success in sales also celebrated such as the Turkish or Algerian market. Now it’s time for a lighter facelift, which is most evident in the recasting of the front of the car, which makes it a significant competitor to other cars in the category. But still it is a vehicle available, which is determined by the masses undemanding customers. 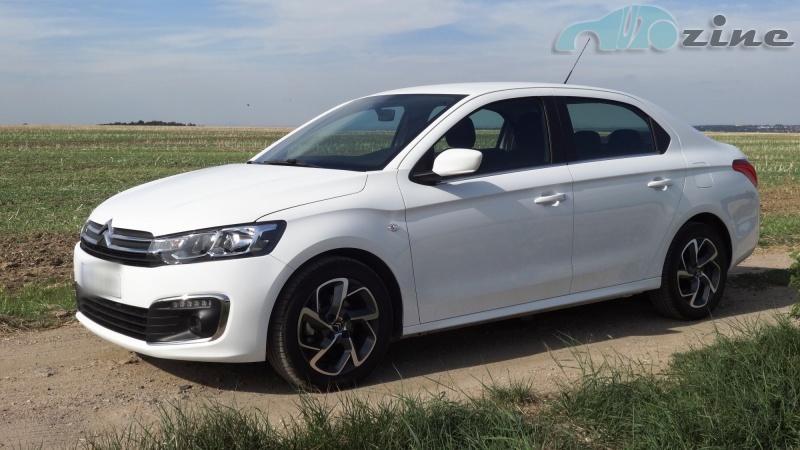 Mentioned rejuvenation is now C – Elysée more like his team-contemporary colleagues. The new car’s front grille is now more robust, has so much more appealing, a representative impression. Chrome grille with integrated feature of the automakers goes headlamps, which are compared to the older model, much more. Newly redesigned front bumper and where are LEDs positioned daylight along with fog lights. They are integrated into the chrome frame, which merges into the sharp edges of the lower part of the bumper and its shape evokes and supports the front end dynamics. The rear lights are newly equipped with 3D effect, the light exposure linked to other vehicles Citroën. Overall, the rear end has a quieter feel compared to the front part. The side silhouette of the car looks very balanced. Relatively short body overhang in front of the front axle and longer for the rear axle gives the car already mentioned dynamics. This is further supported by a relatively significant breakthrough in the lateral part of the body extending from the front lights further copies slightly convex rim of the mudguard and bent over the side door to the tail lamps. The overall impression of the dynamic 16-inch wheels underscore the then San Diego. 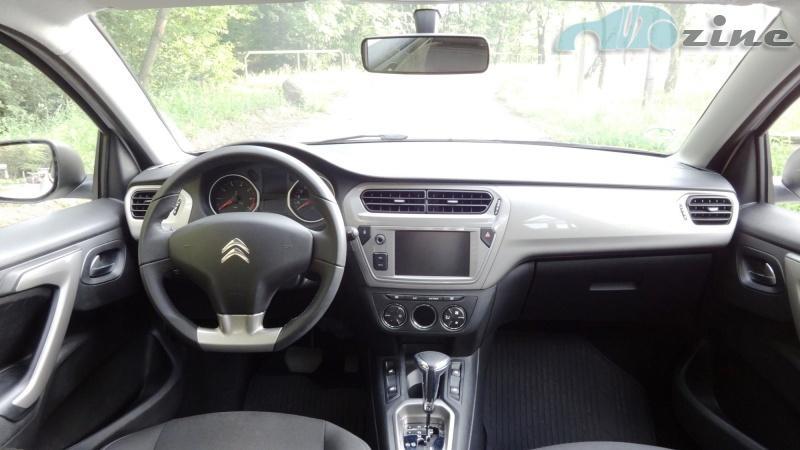 The interior of the car retains its quality and scope of a previous version of the model. It’s simple, easy, spacious and does not feel cheesy. Car seats are comfortable, the passengers in the rear seats do not suffer from lack of space. The modernization has undergone major changes dashboard that has built-in 7-inch touch screen display. Change have also been dials of the speedometer and tachometer, among them (in the higher trim levels) newly placed display showing data management, daily counter, total mileage, the supply of fuel and with a test version with automatic transmission currently engaged driving mode. In the case of switching the automatic transmission to manual mode then displays the current gear engaged. Customers are offered the latest generation audio and multimedia systems in the form of Citroën Connect Radio and Citroën Connect Nav, which are controlled via the 7-inch touchscreen display. The luggage compartment is quite easily accessible, even when the body breaks sedan with its tailgate has certain limits. With a volume of 506 liters of space is at the lower middle class segment sufficient.

There are two petrol engines 1.2 PURE TECH 82 with manual transmission and 1.6 VTi 115 with manual or automatic six-speed gearbox. In the case of diesel engines are available 1.6 HDi 1.6 HDi 92 and 100. The test version has underhood mentioned gasoline engine 1.6 VTi 115 in combination with an automatic six-speed gearbox, a 1.6 VTi 115 EAT6. As I mentioned, the vehicle is destined for demanding customers, because his speech is driving such “neutral”. C – Elysée prefer a quiet ride that is only in conjunction with automatic transmission (in the case of the test car) vouchsafed in its entirety. Inequality dampens chassis with great overview. The automatic transmission shifts smoothly only when sudden burst of power takes downshift a little longer than you’d expect. However, the gearbox can switch to manual control or sport mode and everything is solved. The gearbox is set rather in city traffic, highway at 130 km / h the car spins on the sixth gear around 3250 rev / min.
The car is relatively light, the test EAT6 1.6 VTi 115 with its 86 kW provides the vehicle with sufficient power.

Modernization facelift vehicle, certainly compared to the original generation passed. Yes, the Citroen C – Elysée is the vehicle of the cheaper price category, and we can not expect from him the perfect driving performance and opulent interior, but it is necessary to say that it is somehow honest, not too ambitious, yet pleasing, and its external appearance anybody insulting, nepobuřující , quite the contrary.
Compare the parameters of the Citroën C-Elysée competition Autohled.cz 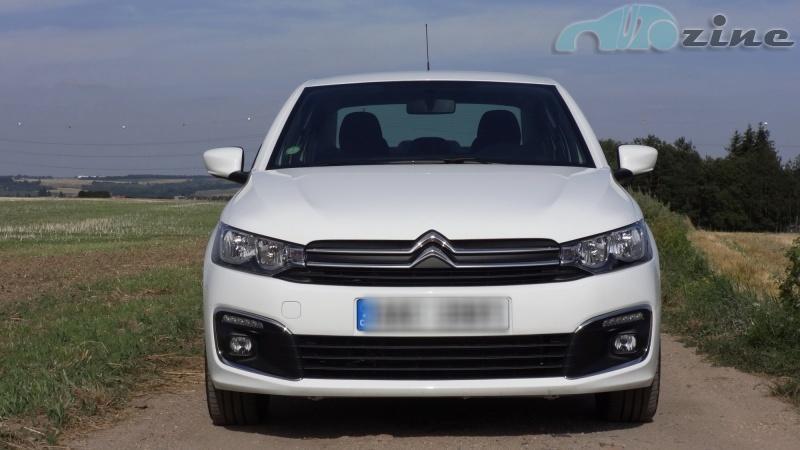 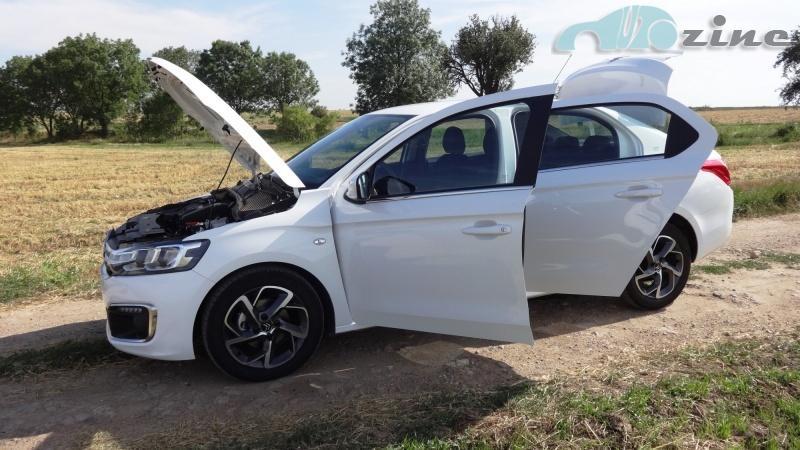 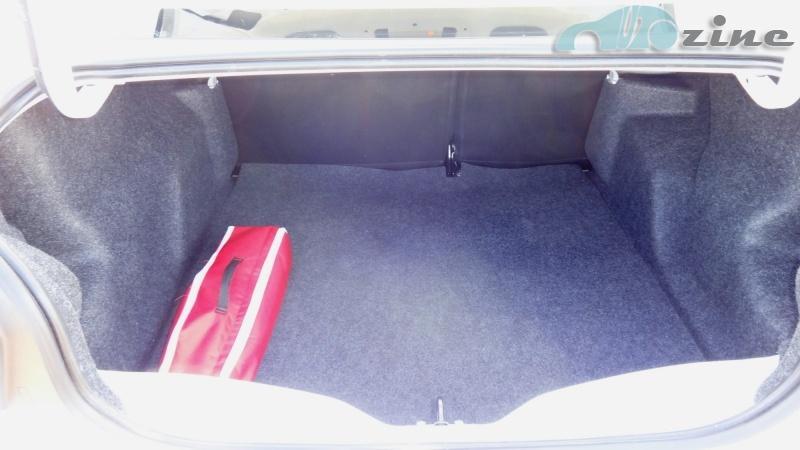 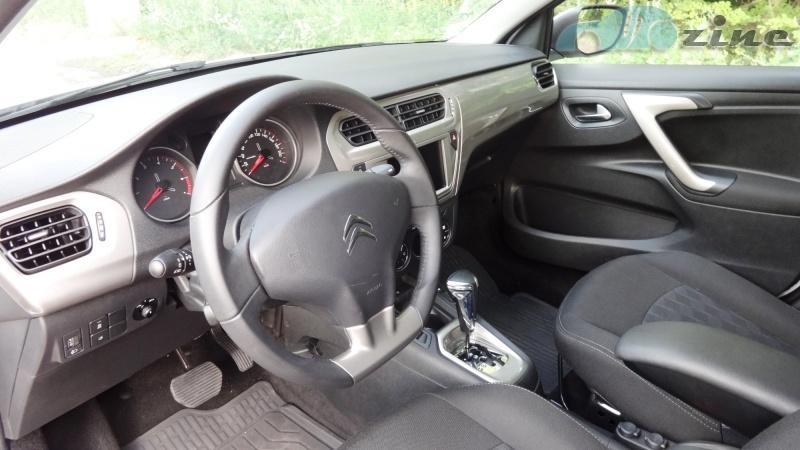 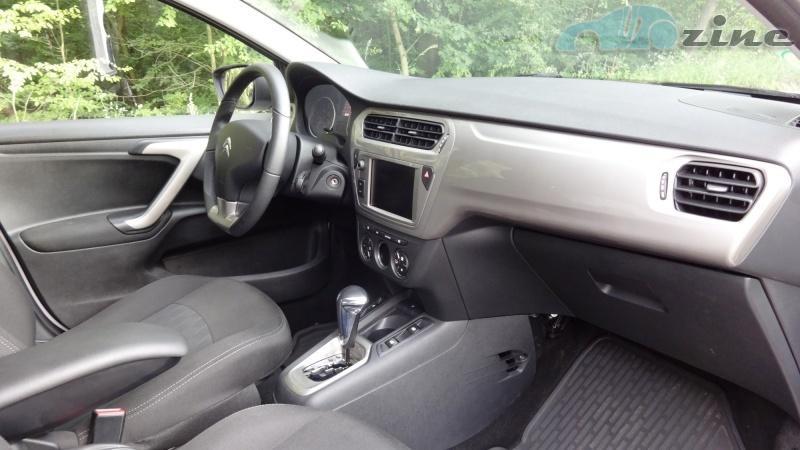 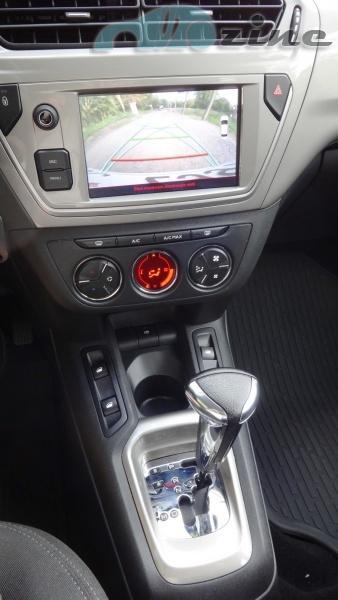 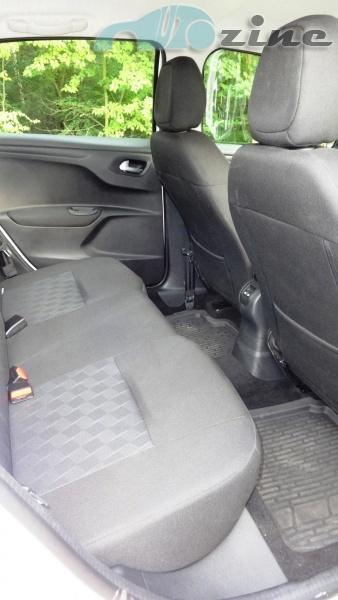 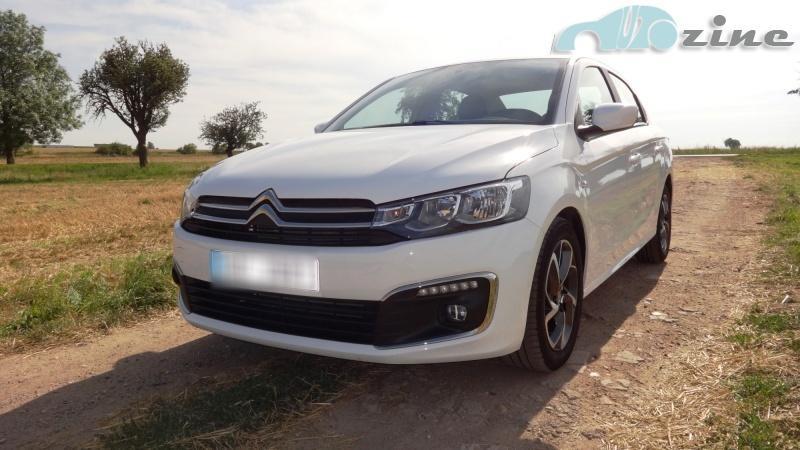 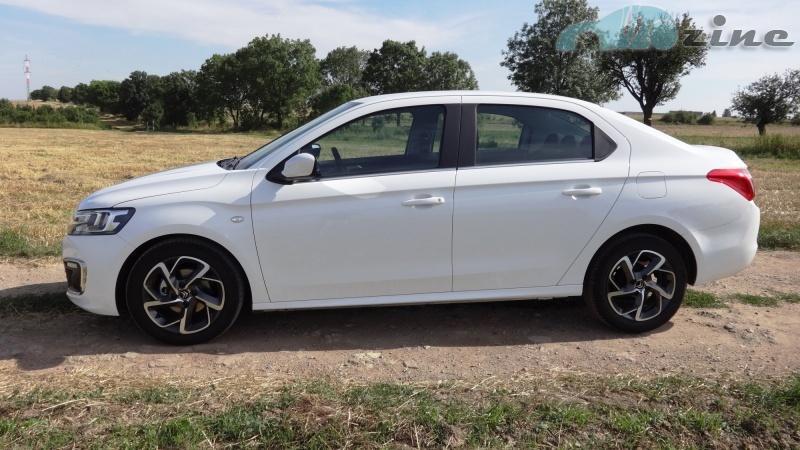 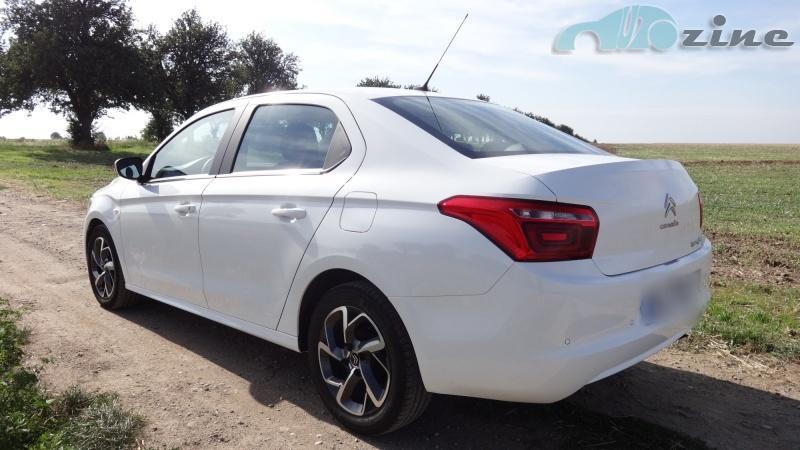 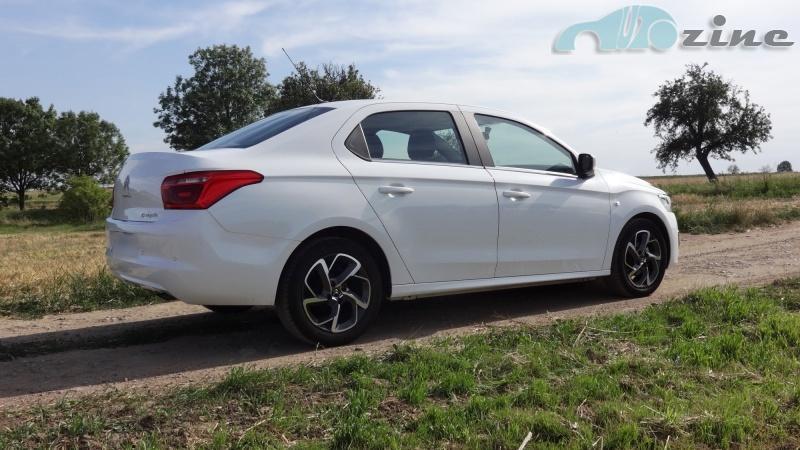 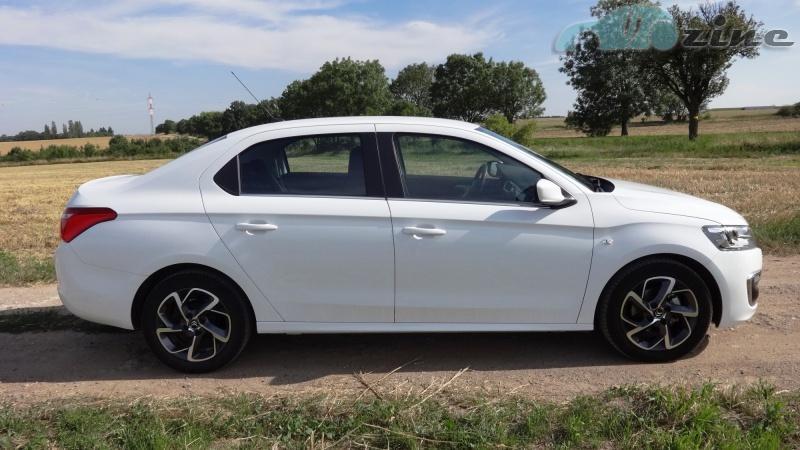 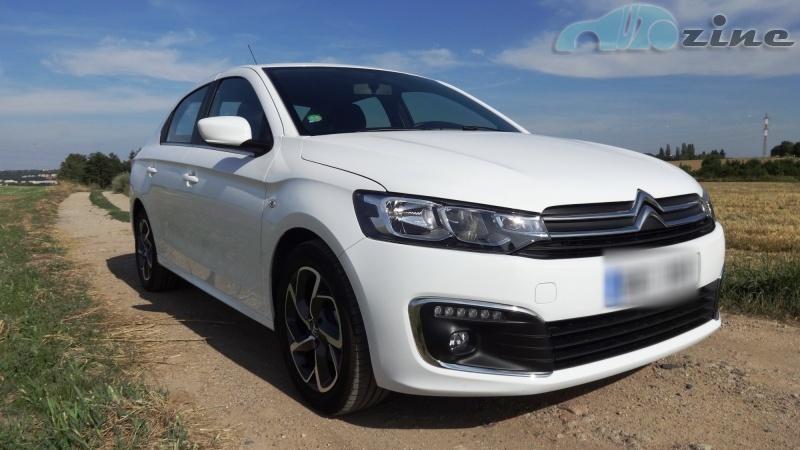 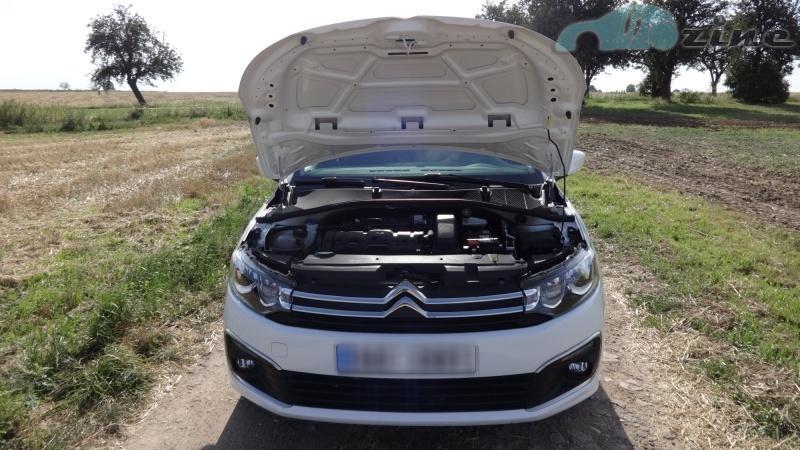