When the gates opened today this garage light rays reveal low graceful curves elegant car. Today, we have a completely different case. Workbench beside me winking familiar face, I just never had a chance with this popular vehicle of thoroughly acquainted. The time has come to fix it. Panic in me, however, cause the owner asking what car to say. Hurry, hurry! Remember hell for something other than jokes about Trabant cars. “It looks great and kind of cute,” to hear. My God, what am I saying again? “Yeah, everyone says, and everyone in the car smiling.” No glory, yet it passed me.

But nothing can be done, a pile of guitar picks and Bakelite king, it is all Trabant 601 . We will not bother with the history here, because then we wrote earlier . Now we can expect an authentic experience with an authentic car. No matter, the legend is a legend and folk runabout with a huge degree of popularity and the high number of units sold is simply legendary, even about its driving qualities can think of anything. And even a high number of jokes this thermoset rover can reduce his social status.

As you know, this is the first part in this series, but if you think back to the previous cars and the responses to them … When we drove through the streets in the Datsun , most people looked like:” wow, what is this Faro? “. Rapid again looking people on the streets with a look: “Oh, Rapid, that I always wanted to have. ” But this is just totally different case, the car just raised an incredible wave waving and flashing and raised inches. It is a misunderstanding that the podceňovaého target of criticism and ridicule the Trabant in a few post-revolutionary years, worked out on the iconic car. And we went on Czech roads. Who knows how this piece of nostalgic people react in the former East Germany. I suppose there is Trabi will enjoy the same popularity as Fiat 500 Italy, Citroen 2CV in France or Mini < / strong> in the UK.

At first glance the appearance of the car. Locally takes the Trabant up almost classical curves. I mean mainly the tabs for headlamps and between sloping hood. Similarly solved and rear. On top guide wanes leads the gap between the hood and the fender. In order not to her, perhaps a little illogical location, at first glance so obvious is placed on the fender trim. It really stretches from the headlight to the rear and side part through a door. Well, in those days was the possibility of the appearance of folk Carriers embellish a little. An interesting feature is the dimensional grille (the term take with reserve engine is air-cooled, so no heat sink is not, rather I would therefore probably have to say the front grille), for which there is virtually no hole. I know that there were several versions of masks, including celozakrytých, but most I like this as well. A color is indeed new, but when the renovation was chosen shade of the original stencil. Beige, according to Top Gear “ Jewish gold “, but evokes nostalgic memories of the time of this vehicle. 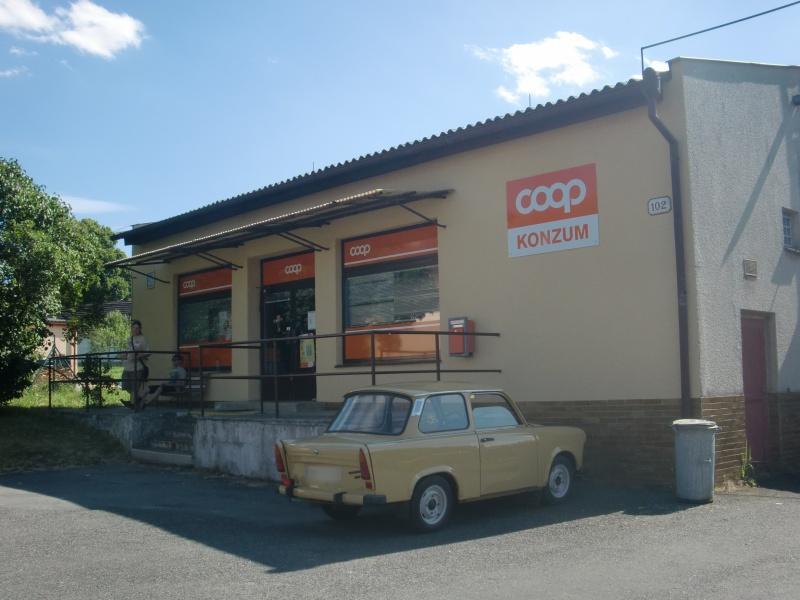 Getting wants a little practice. Not that the car would be picked wrong, it’s not. The doors are large and open at almost right angles. But you have to short leg podendat under the steering wheel, which can be a bit of a problem if you are a man quite high. Much better, of course, it started to passengers, but a chapter to itself is getting back. Trabík naturally has only two doors, so they must suck back the opening between the B-pillar and folded backrest. But once again you sit down and find that everything is extremely handy and close by. The front seats are short backrest and of course do not provide any lateral support. I headrests here will look in vain. But who would need such a thing in this type of vehicle. When you use as a car, a car for rallies and rides for pleasure, it will probably ease when his mind is low, but guess how the Trabant travels great distances dare. During our journey most liked sitting in the back, right side of the body in the car, legs stretched out behind the driver’s left hand in the rear window, right at the back of the passenger. Suddenly I felt that I stayed so until Jugošky … This brings us to the luggage compartment, which would probably be the biggest weakness of this car. Not to say that it is small, especially not in the context of the time. But by today’s standards we are used to achieve the urban minicar dimensions hatchback lower middle class in the 80s. You’ll just have the feeling that the trunk is small and in addition you will limit somewhat unhappily placed reserve, which stands next to the left fender, trunk and thus actually divides into two unequal parts. But then, if you wanted a big suitcase, there was a version of Universal , therefore a kind of station wagon, or rather by today’s standards a three door hatchback.

The steering wheel is quite large and quite well to hold. Only the starting procedure is somewhat deceptive. First, you must know if you’re in a car petrol, which is measured by gauge plastic, which delve into the tank. Maybe you think it’s funny, but this system shows exactly. The gauge is otherwise placed under the hood reinforcement. Such dederonské “ simply clever ” … Then you have the cabin to turn on fuel, ie turn the valve to the on position, or to reserve a position, if you have the amount of fuel on it, and turn on the choke and the like other vehicles, pump the gas pedal a little gasoline. In addition, the vehicle will not start turning the key, but pressing. Well, comrades from the GDR ahead of time, today is the start button has become a fashion hit. When I mentioned pedals are slightly misaligned with respect to the steering wheel to the right. In practice on them, especially on the gas, easy to reach and passenger. He has otherwise handle ahead, we see that in the rugged off-roading. I do not underestimate the ability of the car in any way, but I really do not know what the purpose was its location. Normally there cars tend Casing, he would at Trabant was unnecessary because the whole dashboard stretches high shelf where you can put off a lot of things. Furthermore, you are still available leatherette pockets in the door panels. Front seat passengers fit, it’s back to the place on foot a bit worse if you measure more than 165 cm. But transporting children happy family Trabant certainly sufficient. Do we go to look under the bonnet, where he was hiding a small twin . Since we are also talking about the hood is unusual is light, well thermoset. Around the small unit’s plenty of room. We had the opportunity to explore modern Trabant with a 1.1 liter engine from Volkswagen Trabants meeting and there was engine compartment filled almost to the last free spots.

After prolonged inactivity, the engine warms up with the typical clapping, or how the sound call. It’s really most of all reminds the song by Crazy Frog. Also, at such a time it is able to produce small trabík proverbial clouds of blue smoke. Otherwise, however, during our ride did not affect any significant atmosphere. Before starting off, I was pretty scared of the shift on the steering wheel. But after a couple of shifts, I must say that they can get used to it and after some time, not only does not know that radio is different, but you will miss out on modern cars. Also in the first moment you will feel that the windows are relatively small. But it did not matter because they are positioned almost vertically. Because of the small glasses they are obviously very small and wipers, which compared to today’s “bear” look how diminished toys. The view from the car is very good, however, the posts are very thin and otherwise the entire upper part of the glass. For dimensions remains to mention one more, namely space overhead. In all the time I had no idea how close to the headliner my head is, and it surprised me. The dashboard is looking directly at the speedometer. So watching is a strong word, watch the speed you do not need much. Not that the Trabant somehow frustratingly slow, no. But just in this car going to the well-being and joy Nesvady you to break speed records. Besides the speedometer’ll find more ekonoměr, which indicates how efficiently the car is being driven.

Drive this car I really enjoyed it. At the initial nervousness of me unusual name, I settled quickly. Just meziplyn first time I completely failed. However, it is very pleasant to drive, to which everyone smiles. The truth is that the brakes are a little weaker, but I’ve never ridden so fast that I had to try to Sharp. Conversely, when the owner was driving the car, the car properly revived and proved agile as well. With its low weight and front-wheel drive car in his hands beautifully kept track even faster when cornering. Very funny is driving downhill when the two- simply discontinued. For it can freewheel, or so. Freewheel. Of course, due to the fact that two-stroke still needs delete, so it would otherwise be stepping on the gas. Let situated just a gas stop pedaling, just below the hill just squashed the gas pedal, the car changes and starts the engine itself. It resembles a bit today Start-Stop systems. The only thing that was a bit annoying was quickly doing hot in the car (we rode really in a very hot day), which, however, quickly resolved by downloading the front windows. From the Trabant I climbed excited driving it is not as interesting like sports cars but get bored with him never. And I’m glad I was finally able to ride with one of the iconic vehicles that motorized the their country.

So who would not want a classic Trabant, we just had to have it.

Power or not, yet there is a lot on offer.

It is mainly for fun, but in operation with them can ride well.

The Trabant each ride experience that gives a lot of great interest in the area.

No, I was most happy condition. 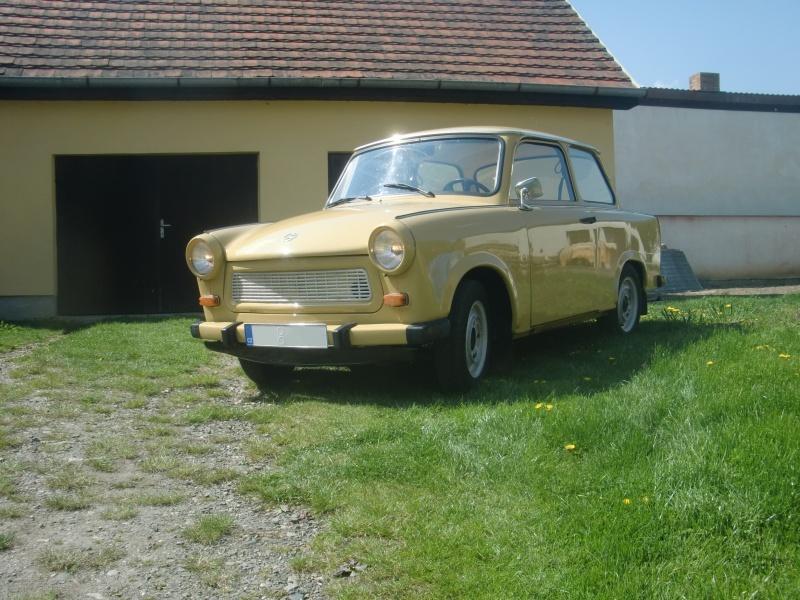 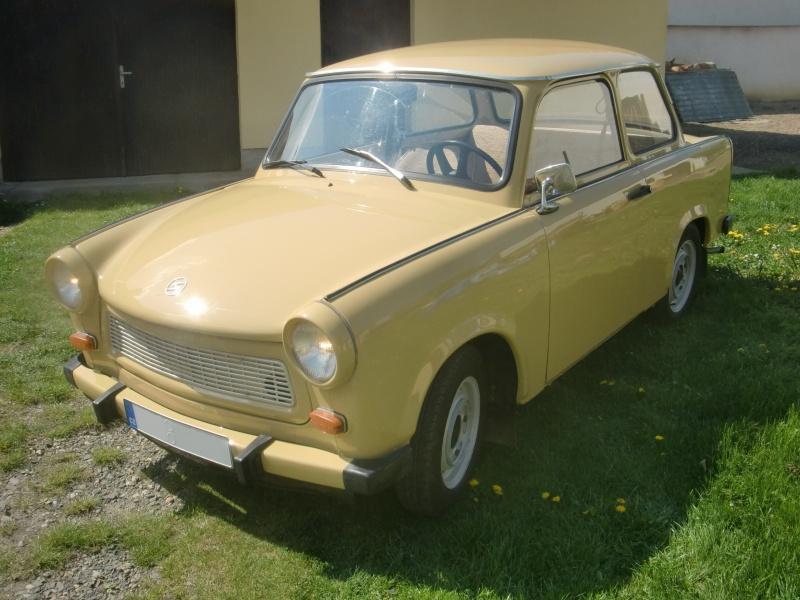 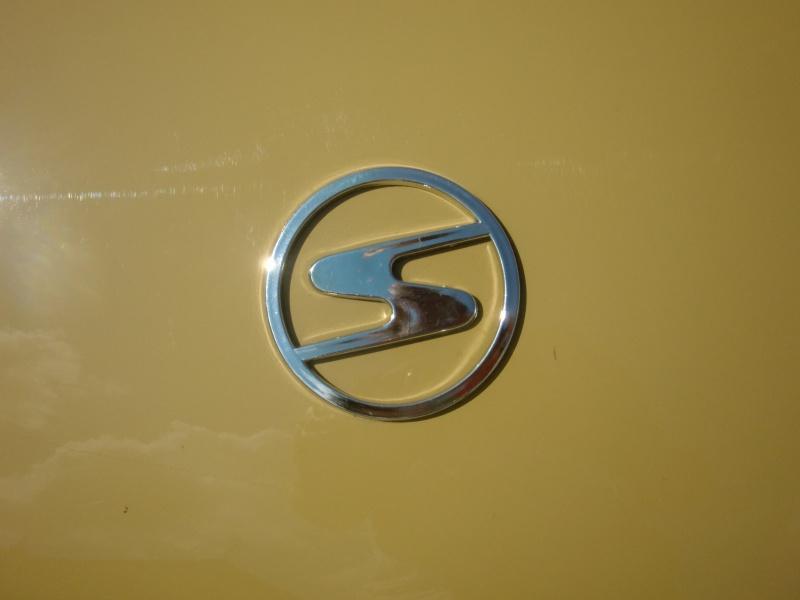 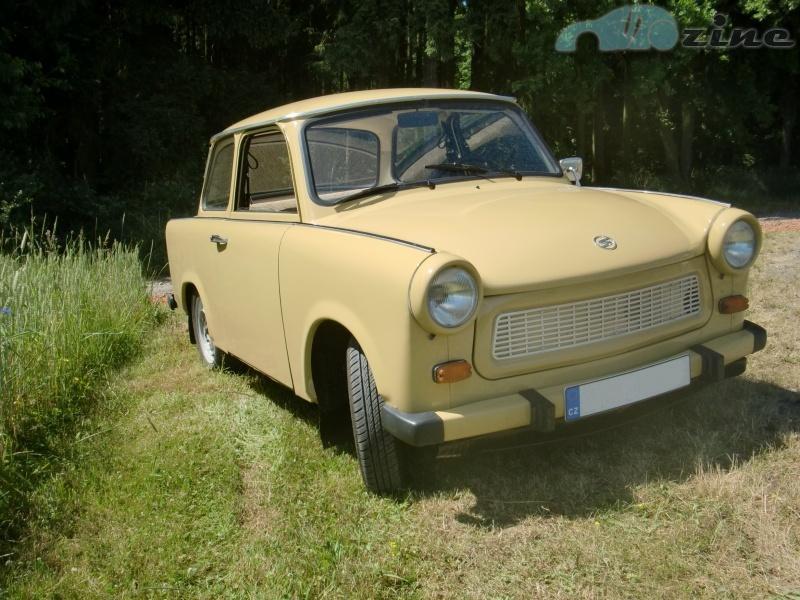 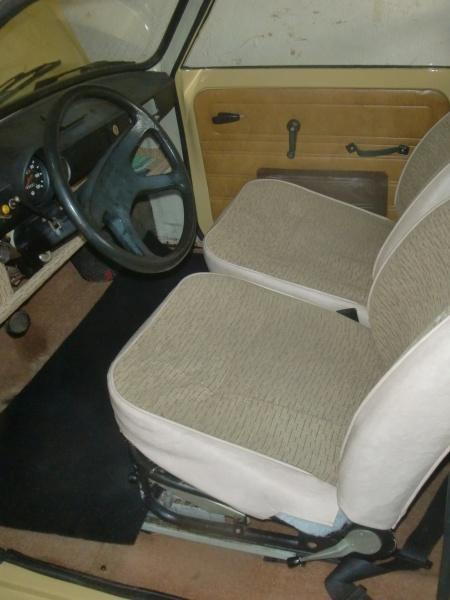 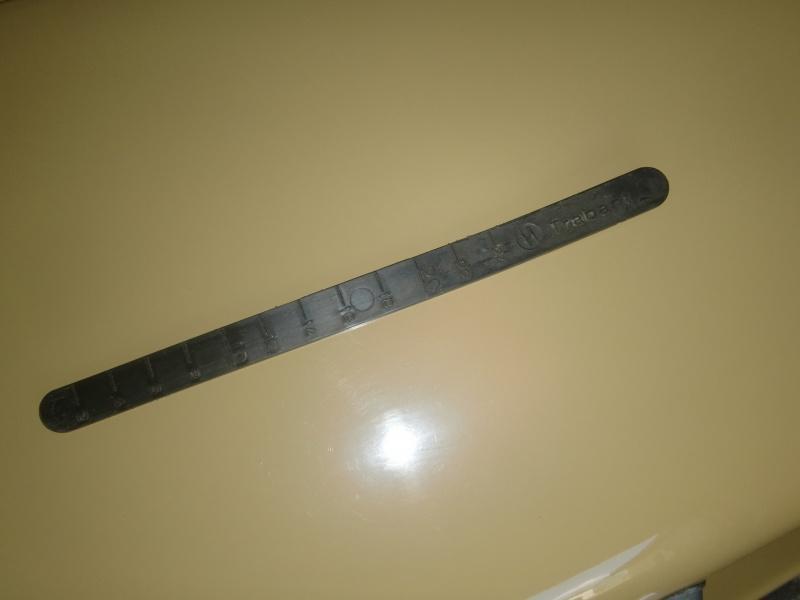 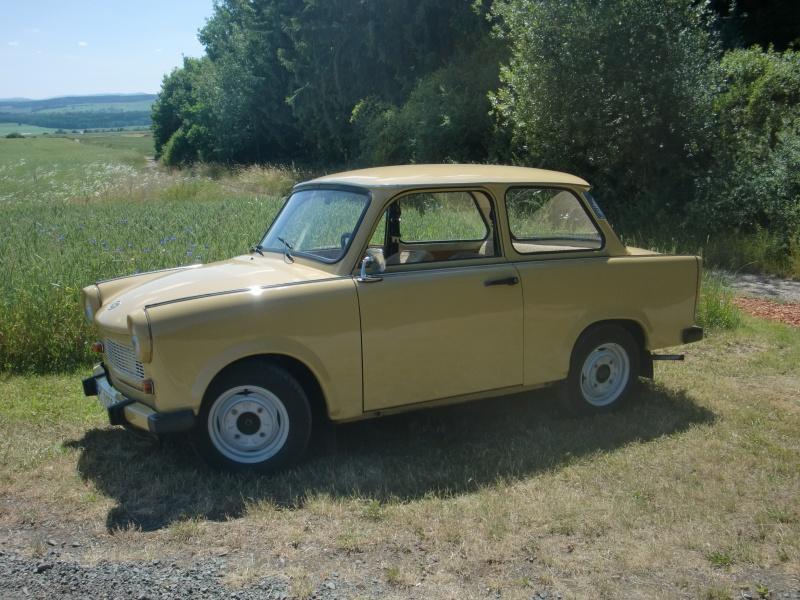 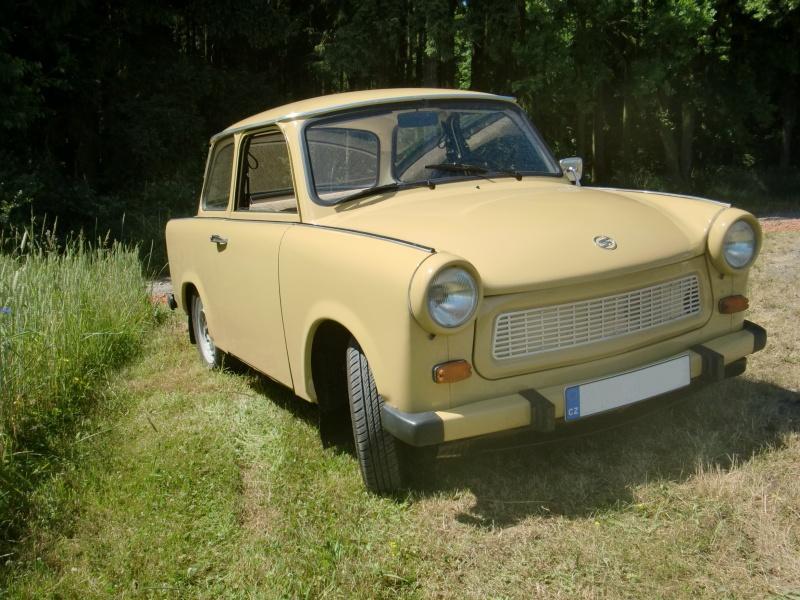 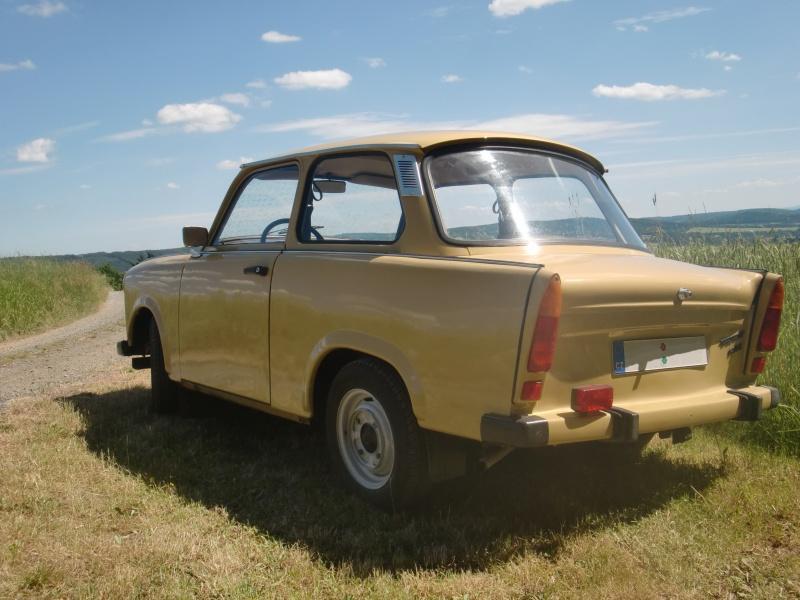 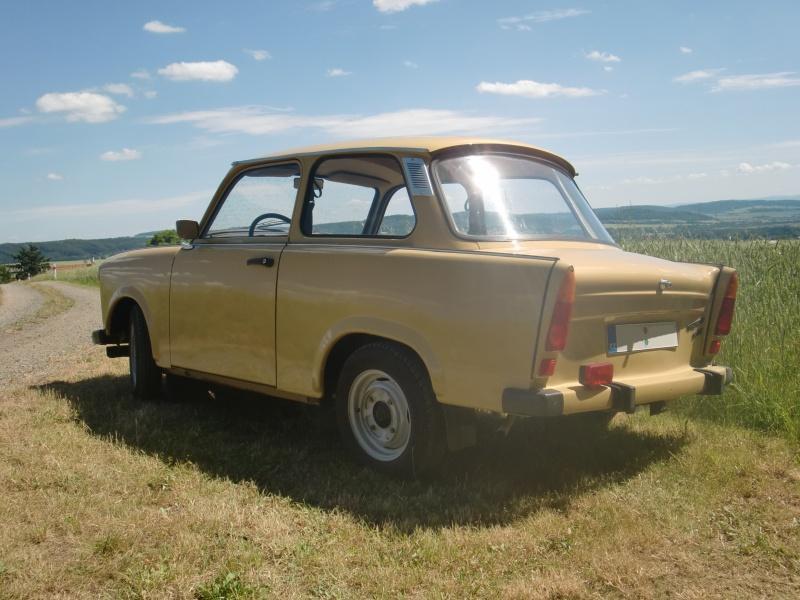 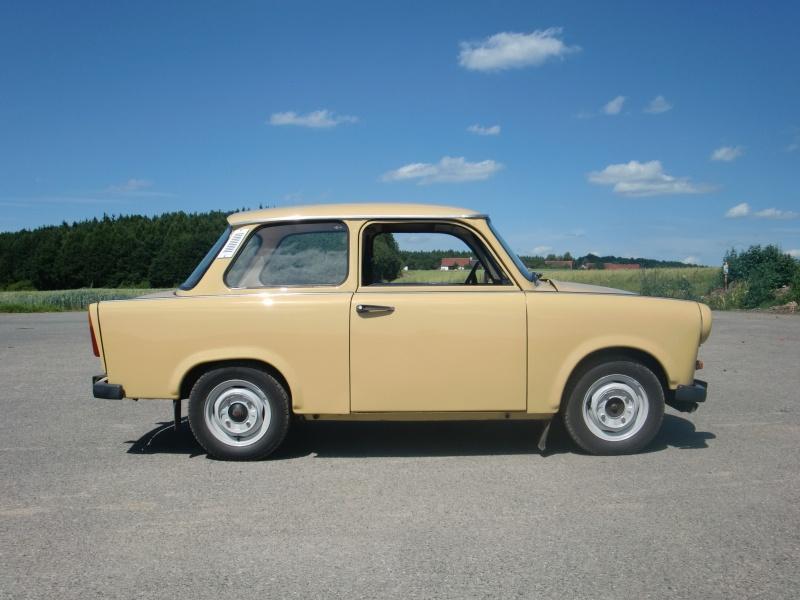 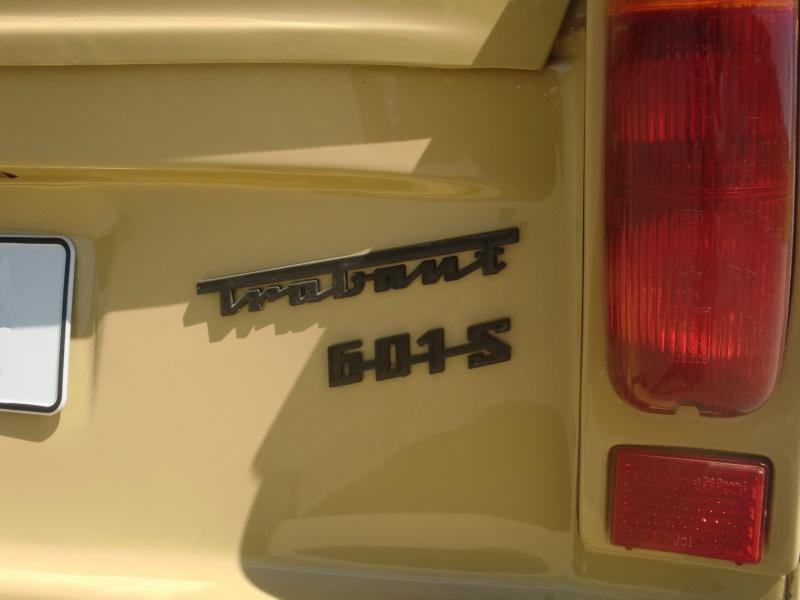 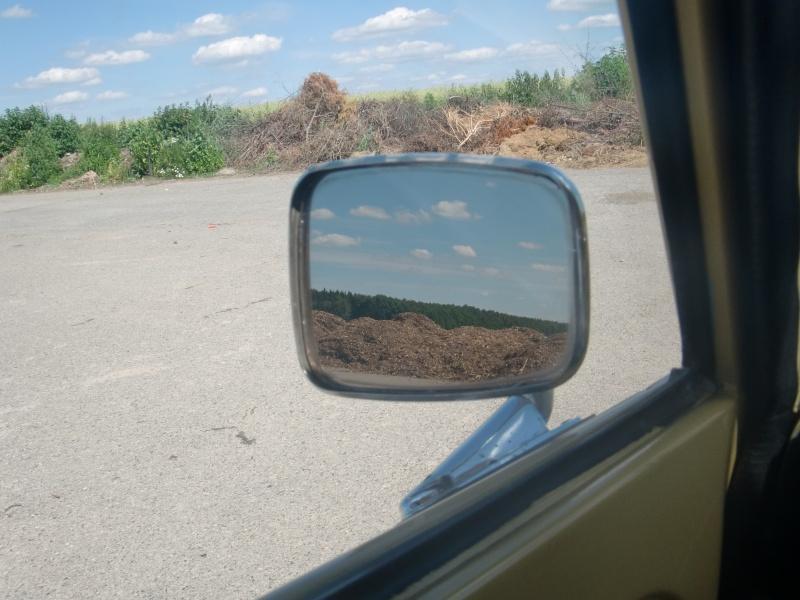 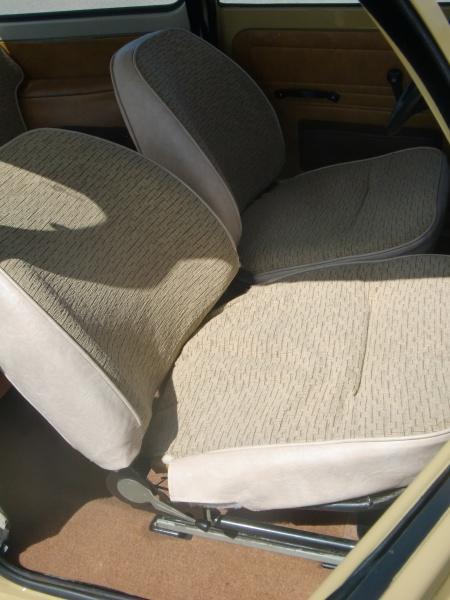 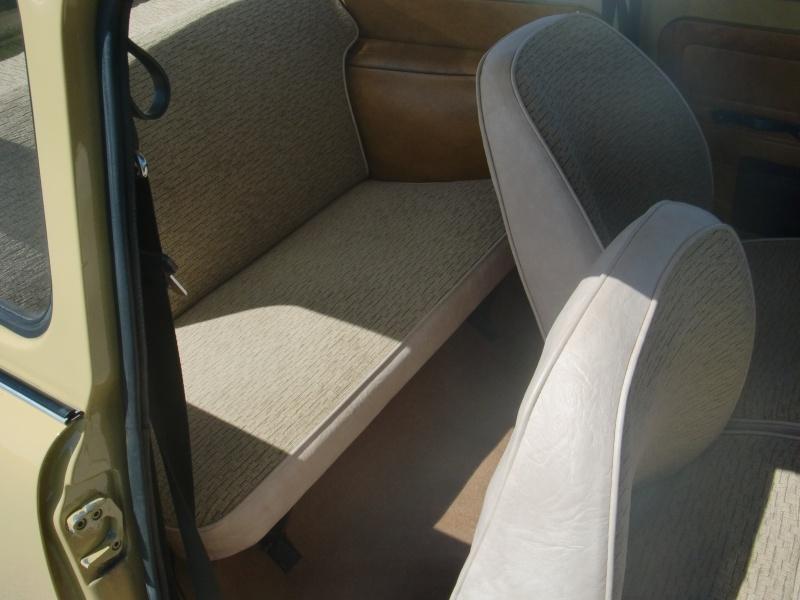 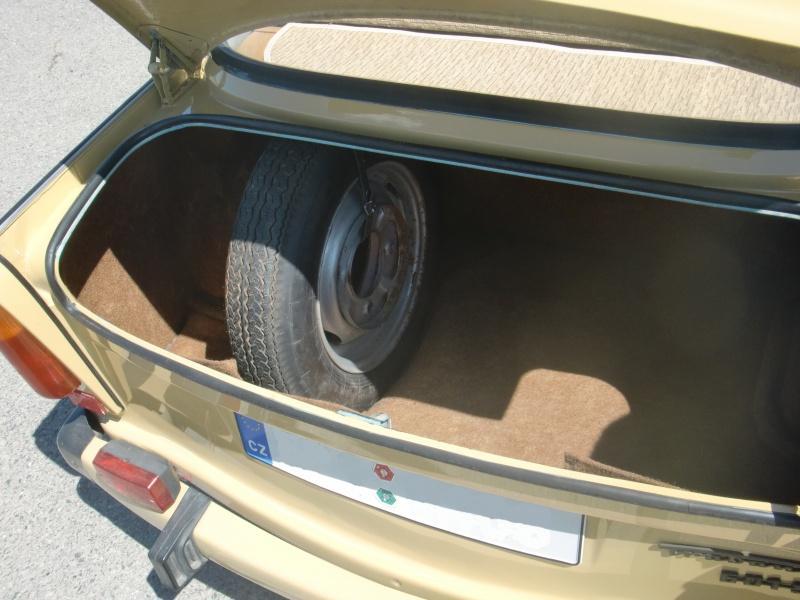 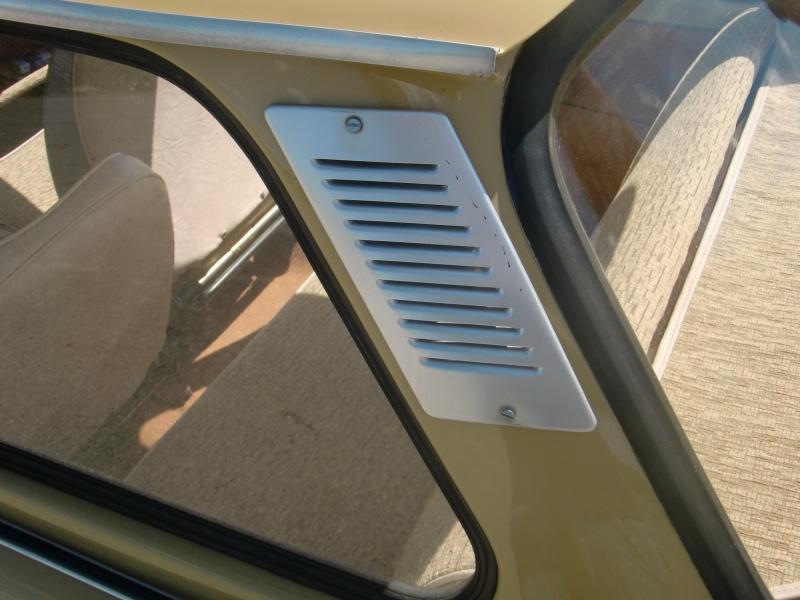 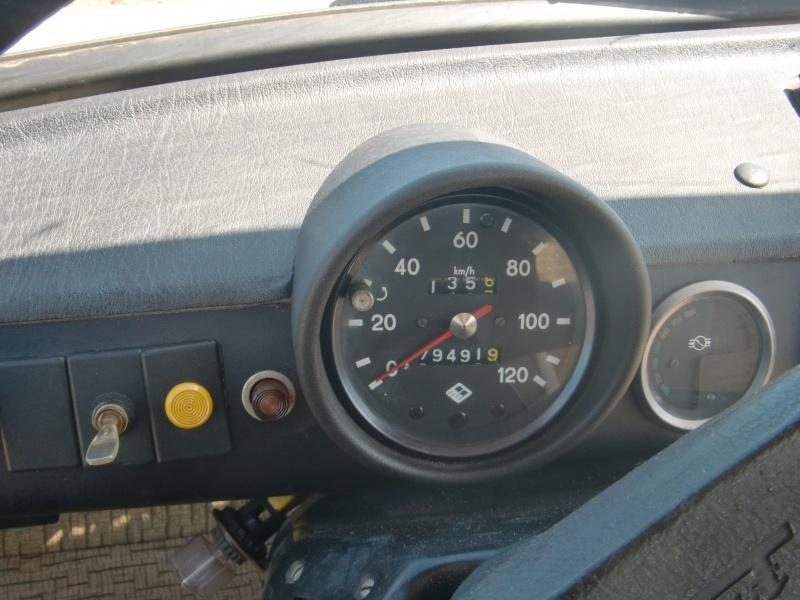 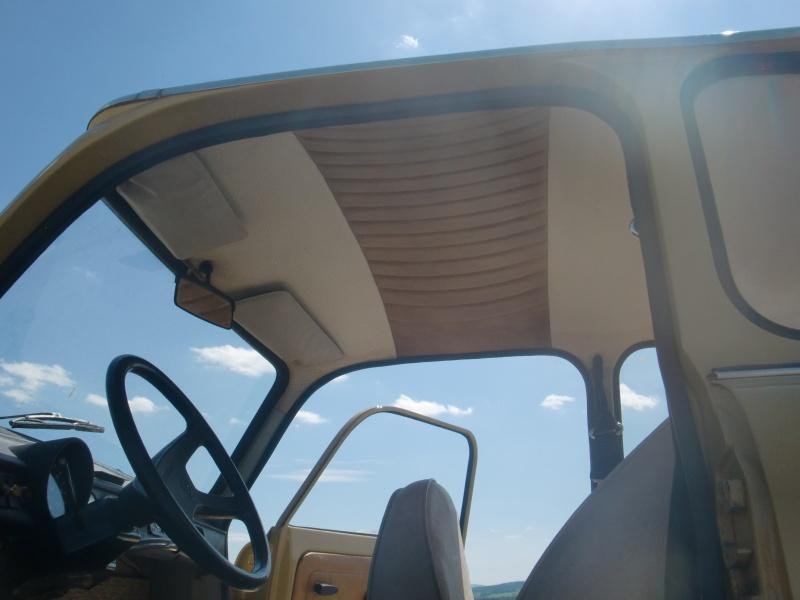 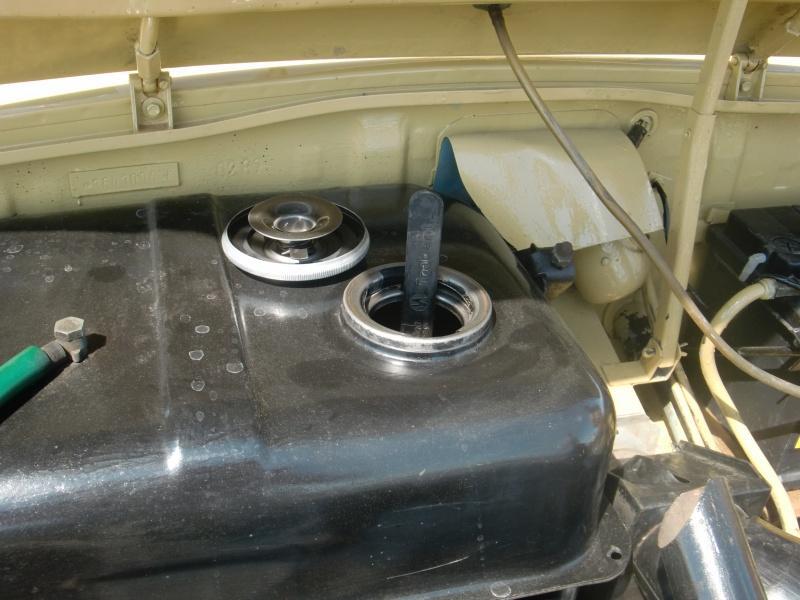 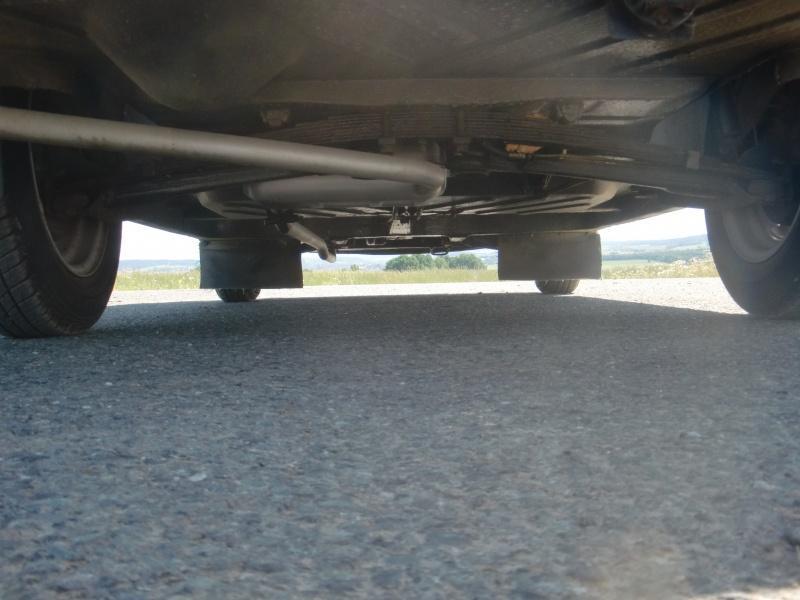 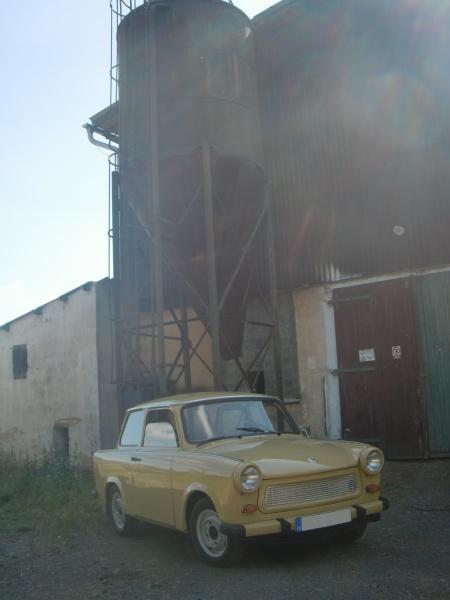 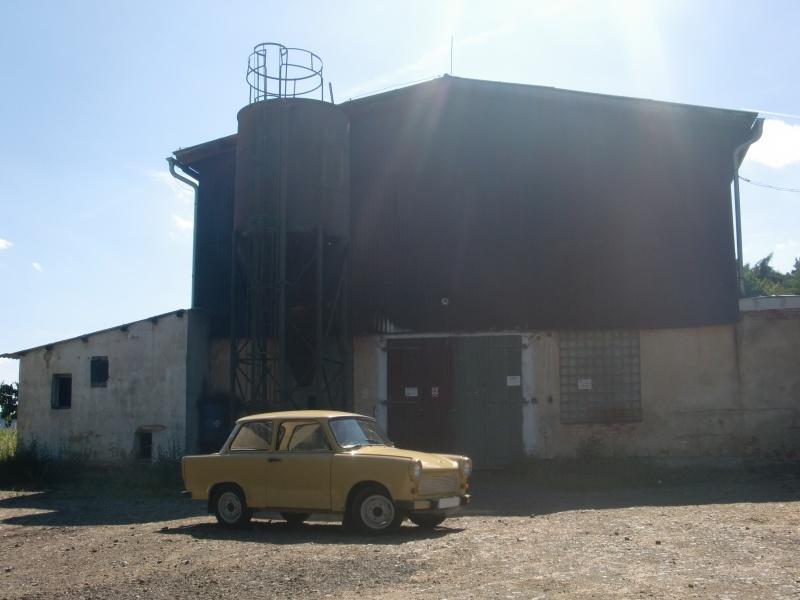 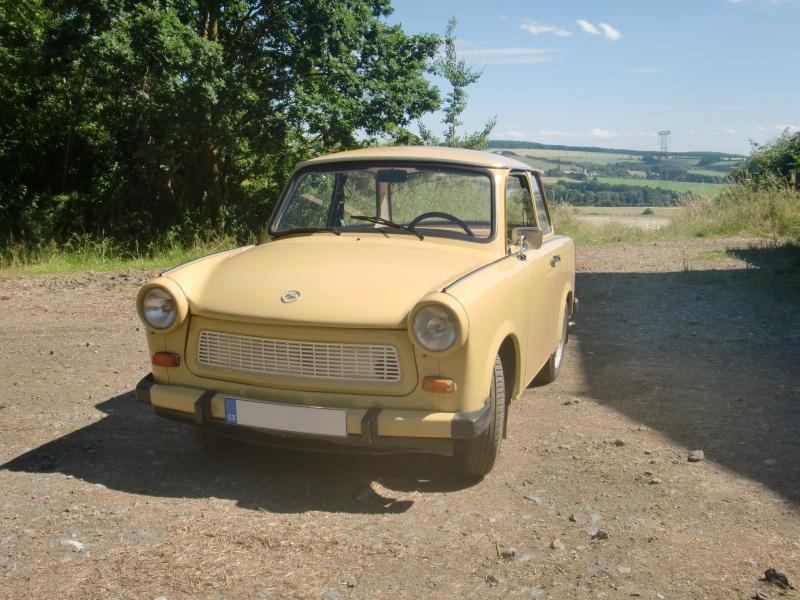 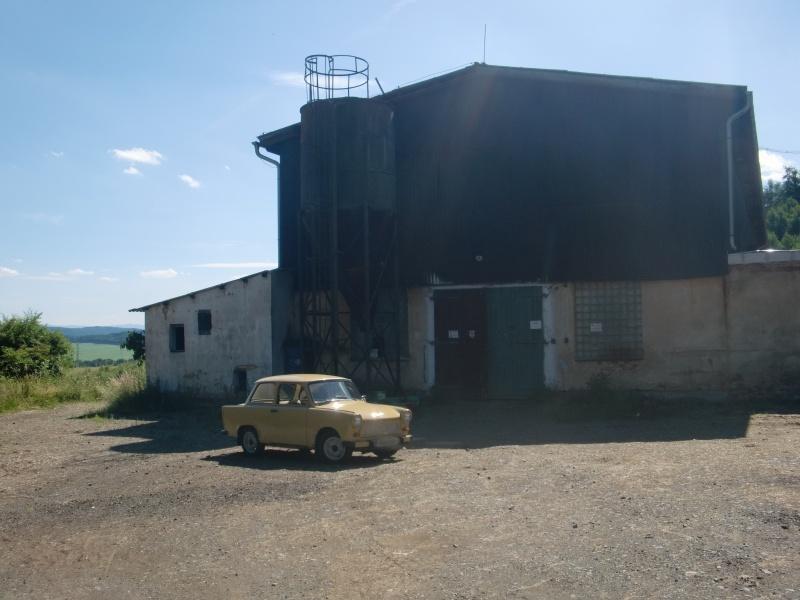 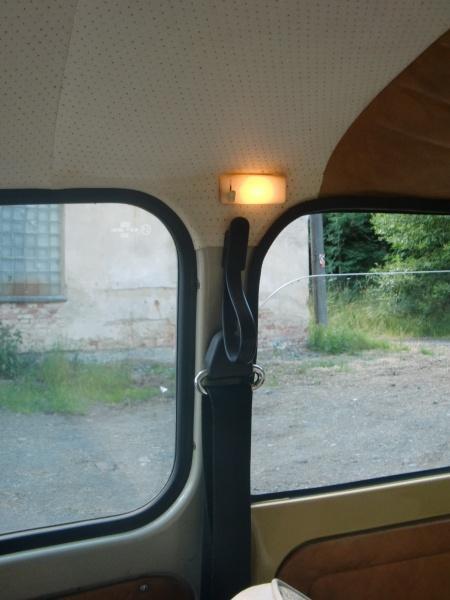 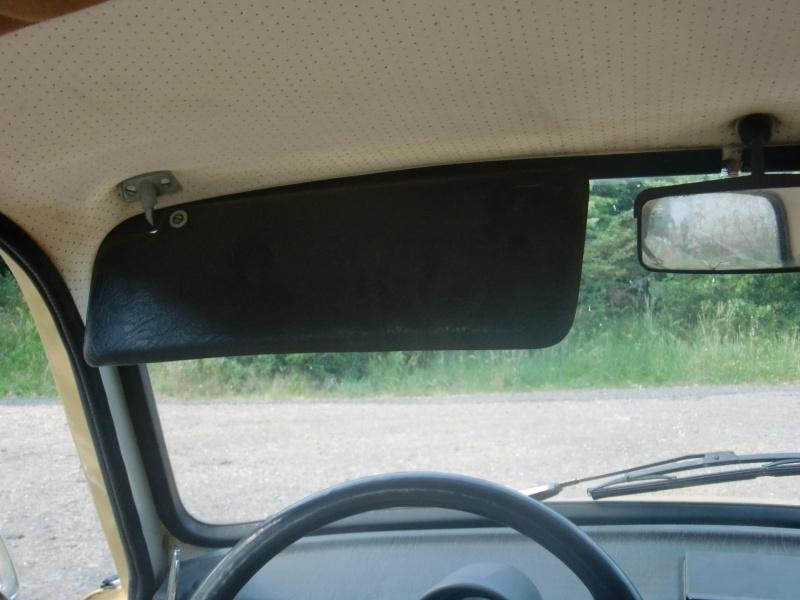 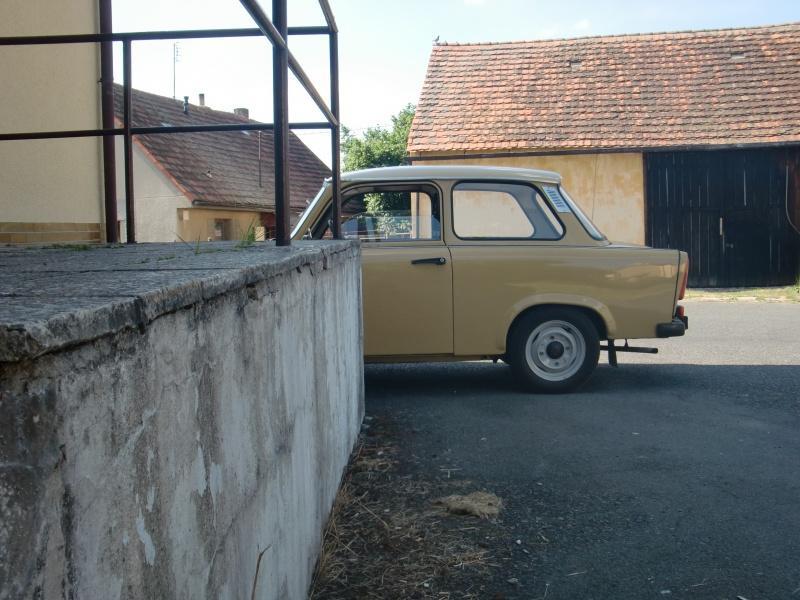