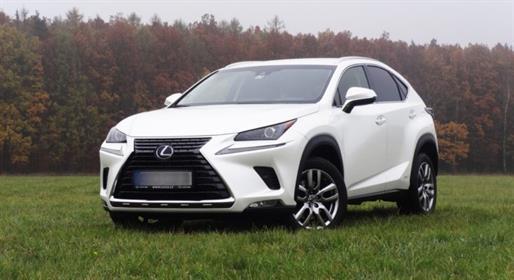 This time, the smaller of the two representatives of the SUV category of the popular Japanese premium brand Lexus passed the editorial test. The Lexus NX is a more compact SUV compared to its larger sibling, the RX , and is much more focused on urban traffic. 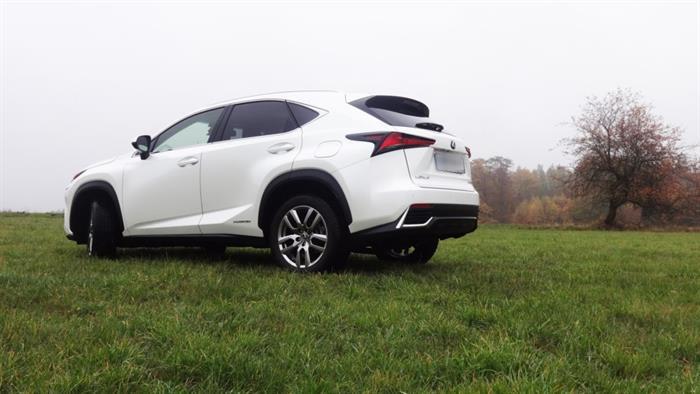 However, the Lexus NX is also a model that quite logically takes care of a large portion of the sales of cars of this brand. It has been on sale since 2014, and last year it underwent a slight modernization, which slightly affected the appearance of its front and rear parts. As for the interior, there was a modernization of mainly the central panel.

The car we tested, labeled 300h, was powered by a 2.5-liter inline four-cylinder gasoline engine that can work in the Atkins cycle with one or two electric motors (depending on the number of driven axles). Power is transmitted to the front wheels using an electronic planetary gearbox with a continuously variable e-CVT transmission. The version we tested was also equipped with rear axle drive, under the designation E-FOUR, where the rear axle is driven by a second electric motor. The gasoline engine itself has an output of 114 kW / 155 hp, the front electric motor 105 kW / 143 hp and the rear electric motor 50 kW / 68 hp. The total, not total, output of this hybrid system is then 145 kW / 197 hp. 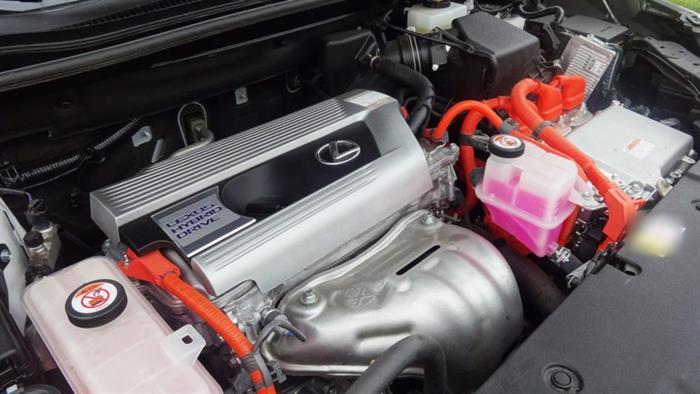 So how does it all work together in the NX? It is clear that the hybrid system is best suited to the urban environment, where the Lexus is simply excellent. The quietness and buoyancy of its driving behavior is really great. When braking or decelerating, the kinetic energy is converted by both electric motors into electrical energy, which is stored in the battery for later use when driving in pure electric mode, or when brisk and immediate acceleration is required. The hybrid battery is continuously recharged while driving (by recuperation or by the engine itself), so it does not require any recharging from an external source. You can use the electric energy very elegantly, for example, in any convoy, when parking or simply drive across the village with it. As soon as you step on the gas above the set limit, which is clearly visible on the force meter, which is located next to the speedometer instead of the tachometer, the gasoline engine switches on, and the necessary power saturates very quickly.

I have to say that after a long time I enjoyed driving again with a car that makes you think about the chosen driving style. If you work with the hybrid system sensibly, it will reward you with interesting consumption. I got a consumption of 7.5 liters / 100 km with it in the city, and that is not a bad figure for such a large car.

But what if you encourage the NX to drive more dynamically? In addition to the NORMAL and ECO modes, there is also a SPORT mode. In this situation, unfortunately, I had to slightly lament the RX model, which has a 3.5-liter gasoline V6, which we have also tested in the past. The RX can also drive very comfortably and gently, but when you wake up that V6, you get a huge reward in the form of a clear pull that is accompanied by a wonderful soundscape, and that simply does not happen with the NX. On the other hand, the question is, is it actually bad at all? In the end, it's just about the feeling, and what you actually want from the car. However, I personally like this diversity, when the car can offer you different positions of its expression.

So if you start stepping on the neck of this hybrid device or take it on the highway, you will experience a somewhat noisier response from the engine and, quite logically, there is also an increase in consumption, which in the test was around 8.5 liters / 100 km. This position, in my opinion, is not very close to the NX, but I do not blame it at all, because this car is not about that at all.

The premium look of the tested version was supported by the PRESTIGE equipment, which forms a sort of golden middle ground. You can also choose between the lower equipment ELEGANCE and COMFORT, or the higher F SPORT, F SPORT TOP and LUXURY. The elegant white color offered under the name Sonic White then completed the overall external appearance. 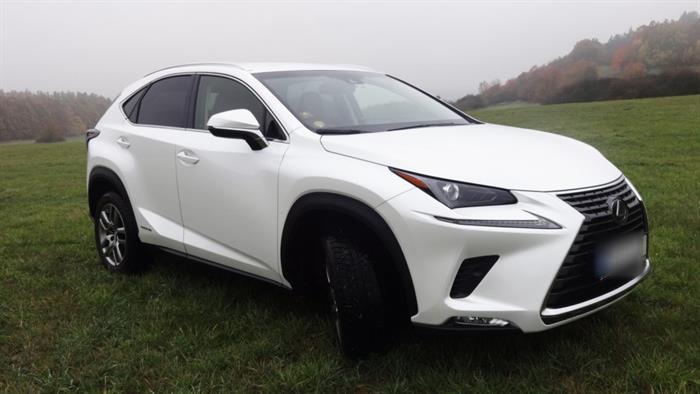 Lexus brand cars attack their customers with their clearly recognizable, original and dynamic exterior design. The NX model is no exception, although it is somewhat more moderate, but the signature of the Lexus brand is clearly visible on the car. The huge front mask, which goes all the way to the bottom of the bumpers in one piece, has chrome edging, which is significantly broken on the sides into the center of the car and optically directs you to the places where the car company's logo is located. The massiveness of the side section, which is achieved by the relatively high-placed lower edge of the side glazing, or the horizontal orientation of the wedge-shaped rear taillights. All these are attributes that clearly present the design of all cars of this brand.

The interior of the NX, similarly to its siblings, no longer looks so futuristic, here it is focused on classics in a luxurious presentation. The tested version had seats with leather upholstery, in the front positions with adjustment in eight directions or with heating, a leather-trimmed steering wheel, silver accessories, two-zone automatic air conditioning, a central touch screen, a DVD player, or a premium audio system with 10 speakers. 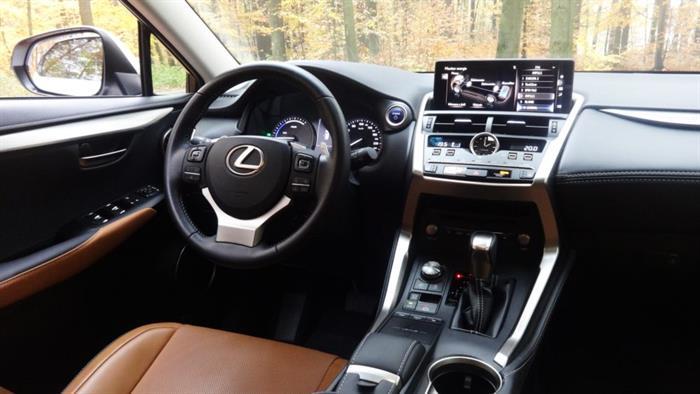 Most of the car's controls are located on the central tunnel, which smoothly transitions from the space between the seats to the dashboard, where it ends with the aforementioned 10.3-inch on-board infotainment display. Controlling the on-board infotainment is a big topic for cars of this brand. On the RX model it was with a very sensitive controller, a Remote Touch joystick if you will, here with a kind of touchpad with haptic feedback. I admit that I had a problem with both types of control, in both cases it requires a lot of patience and precision. There is not the slightest problem with the other control elements of the car, for example, the operation of the automatic transmission selector is pleasantly soft. What needs to be praised, however, is the interior space, there is really enough of it here. Of course, this also applies to rear positions, where you also have the option of partially folding the backrest. The luggage compartment has a higher loading edge, a sufficient volume of 475 liters and an electronically controlled contactless door.

Lexus NX is therefore another full-fledged representative in the current offer of this premium brand, its cars stand out with an original and very futuristic design. The Lexus NX does not go as far with its exterior as, for example, the RX model or even the LC, and is therefore slightly restrained and restrained, but nevertheless dynamic and very pleasant. 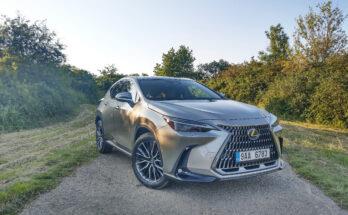 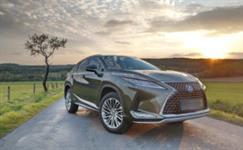 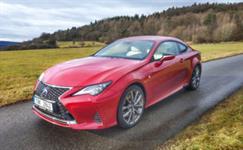