Building monuments to famous models has been the order of the day at BMW lately. At the end of May, the 3.0 CSL Hommage concept , referencing a coupe from the seventies, premiered in Italy. Now coming to Pebble Beach is its racing version R , hailing from the equally ornate 1975 machine.

Since the initial concept was already somewhat wild in terms of shape and aerodynamics, don't expect any big deviations from the racing specification . Visually, it's all about the little things, led by the classic M division war livery, "Bavarian Motor Wokrs" inscriptions on both windows, the number 25, which is one of many references to the original racing machine, and a new grille mesh. Matte gold wheels are 21 inches . If we look at the already presented elements, the most interesting are certainly the large kidney stones, LED diode lights with a stylized letter X, the exhaust tips from the side and a pair of rear pressure wings.

The Bavarian automaker itself mentions in the press release that the main thing for it is the interior of this concept. Its orientation towards the driver probably does not need to be mentioned, but even BMW goes a little to extremes in some details. For example, the helmet is equipped with a visor , which is actually a kind of head-up display, showing the current speed, gear engaged or engine speed. For a change, the overall from Puma is backlit, which is supposed to represent the connection between a person and a car.

A little less sci-fi is the wooden dashboard with the profile of the Laguna Seca circuit, including the braking points from 1975, where the original BMW 3.0 CSL with starting number 25 won. The seats have a carbon structure , white leather upholstery and six-point seat belts, and in addition to them, safety is ensured by a carbon cage or a fire protection system. In front of the minimalist steering wheel, which, by the way, is the near future according to BMW, there is a digital instrument panel , displaying all important operating information. There are few buttons in the entire cabin, but the most important ones control the e-boost system and turn off all electronics. 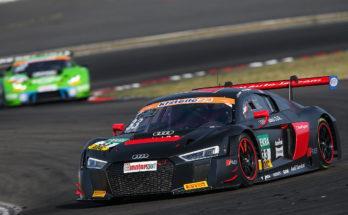